“Agamemnon” is the first of the three linked tragedies which make up “The Oresteia” trilogy by the ancient Greek playwright Aeschylus, followed by “The Libation Bearers” and “The Eumenides”. The trilogy as a whole, originally performed at the annual Dionysia festival in Athens in 458 BCE, where it won first prize, is considered to be Aeschylus‘ last authenticated, and also his greatest, work.

“Agamemnon” describes the homecoming of Agamemnon, king of Argos, from the Trojan War, and his return to his wife, Clytemnestra, who had been planning his murder (in concert with her lover, Aegisthus) as revenge for Agamemnon‘s earlier sacrifice of their daughter, Iphigenia

The play opens as a watchman joyously recognizes the signal indicating that Troy has fallen, and that Agamemnon will therefore soon be headed home. The Chorus of old men briefly recounts the story of the Trojan War in all its fateful relations.

Agamemnon‘s wife, Clytemnestra, however, is far from joyful at the news. She has been nursing a grudge for many years since Agamemnon had sacrificed their daughter, Iphigenia, at the start of the Trojan War in order to to appease the offended god Artemis. To make matters worse, in Agamemnon‘s absence, she has taken as her lover his cousin, Aegisthus, who also has pretentions to the throne of Argos.

Worse still, when Agamemnon does return, he brings with him Cassandra, an enslaved Trojan priestess of Apollo, as his concubine, further angering Clytemnestra. After the Chorus of old men, much of the main action of the play revolves around the antagonism and debate between Clytemnestra and Agamemnon. When Clytemnestra finally convinces Agamemnon to enter their home, she kills him with an axe while he is undefended in his bath, like an animal killed for sacrifice. Agamemnon‘s fortunes have therefore taken a complete reversal from the very summit of prosperity and renown to the abyss of ruin and an ignominious death. 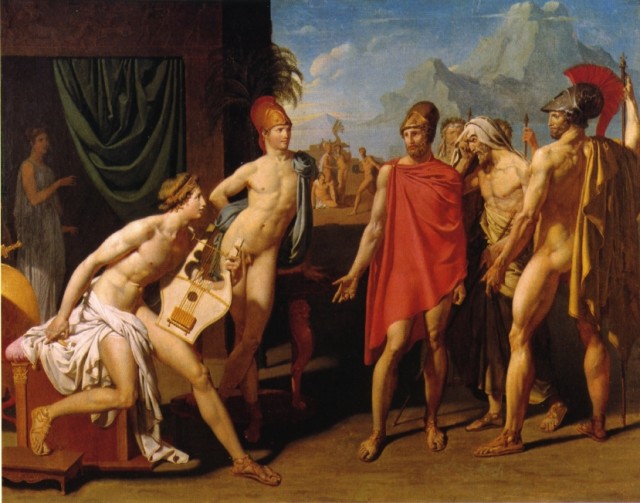 Cassandra (who had been cursed by Apollo with the gift of clairvoyance but the curse that no-one will believe her prophesies) discusses with the Chorus whether or not she ought to enter the palace, knowing that she too will be murdered. Eventually, after describing some of the atrocities that have already been perpetrated within the cursed House of Atreus, she chooses to enter anyway, knowing that she cannot avoid her fate.

The palace is thrown open, displaying the gruesome dead bodies of Agamemnon and Cassandra, along with a defiant and unrepentant Clytemnestra. Clytemnestra‘s lover Aegisthus also comes out and delivers an arrogant speech to the Chorus (which is composed of elders of Argos), who react angrily to him. The play closes with the Chorus reminding the usurpers that Agamemnon‘s son Orestes will surely return to exact vengeance.

Although “Agamemnon”, the first play in the trilogy, stands up well on its own, it is greatly enriched by the other two plays, and it is only in combination with the others that the full scope and grandeur of the whole project, its tightness of theme and symbolism and its brilliant resolution, can be appreciated. 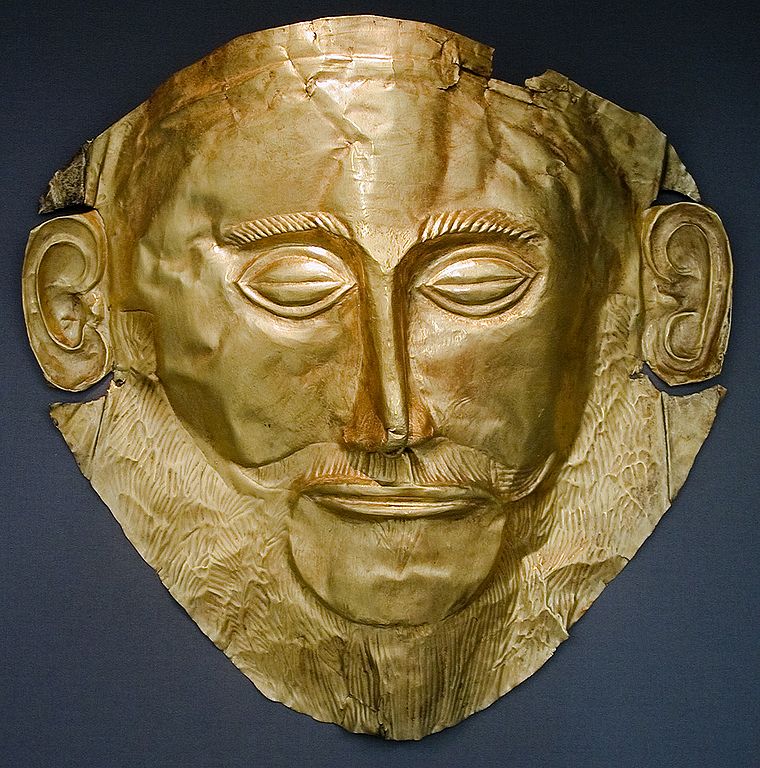 Despite the somewhat restricted scope for human drama in a story so driven by the machinations of the gods, there is nevertheless a remarkable growth in the level of characterization in these plays compared to Aeschylus‘ earlier work. Clytemnestra in particular is one of the most powerfully presented characters in ancient Greek drama. She is clearly a single-minded and dangerous woman, but beneath her venom is a deep, inconsolable pain stemming from the death of her only daughter, Iphigenia, at the hands of Agammenon ten years before. In the intervening time, her heart has died within her, and only someone as badly wounded as she could kill with so little apparent remorse.

Aeschylus seems to place a certain amount of emphasis on the natural weakness of women in his plays. In “Agamemnon”, for example, it is notable that Helen, Clytemnestra and Cassandra are all three adulterous women. The more traditional Aeschylus does not make any attempt at the more balanced male-female dynamics sometimes shown by Euripides.

There is also an underlying metaphorical aspect to the entire drama: the change from archaic self-help justice by personal revenge or vendetta to the administration of justice by trial (sanctioned by the gods themselves) throughout the series of plays, symbolizes the passage from a primitive Greek society governed by instincts, to a modern democractic society governed by reason. 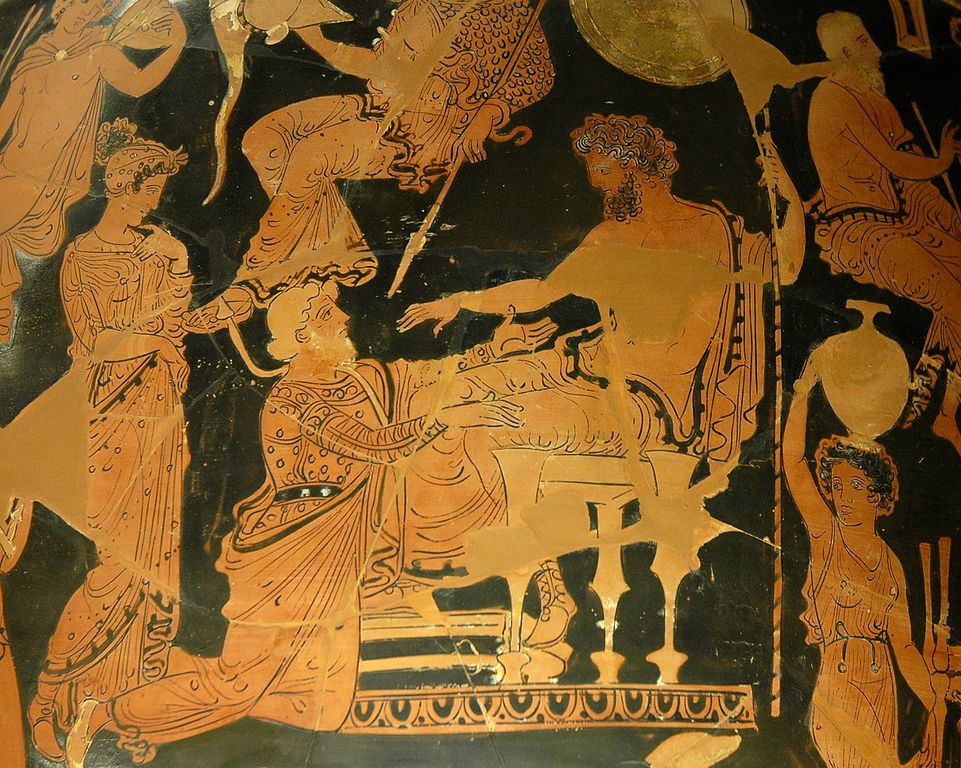 The tyranny under which Argos finds itself at the end of “Agamemnon”, for example, corresponds in a very broad way to some events in the biographical career of Aeschylus himself. He is known to have made at least two visits to the court of the Sicilian tyrant Hieron (as did several other prominent poets of his day), and he lived through the democratization of Athens. The tension between tyranny and democracy, a common theme in Greek drama, is palpable throughout the three plays.

By the end of the trilogy, Orestes is seen to be the key, not only to ending the curse of the House of Atreus, but also in laying the foundation for a new step in the progress of humanity, although he is only mentioned briefly in this first play. Aeschylus uses an ancient and well-known myth as the basis for his “Oresteia”, but he approaches it in a distinctly different way than other writers who came before him, with his own agenda to convey.