“The Oresteia“ trilogy by the ancient Greek playwright Aeschylus consists of the three linked plays “Agamemnon”, “The Libation Bearers” and “The Eumenides”. The trilogy as a whole, originally performed at the annual Dionysia festival in Athens in 458 BCE, where it won first prize, is considered to be Aeschylus‘ last authenticated, and also his greatest, work. It follows the vicissitudes of the House of Atreus, from the murder of Agamemnon by his wife Clytemnestra, to the subsequent revenge wreaked by his son Orestes and its consequences. 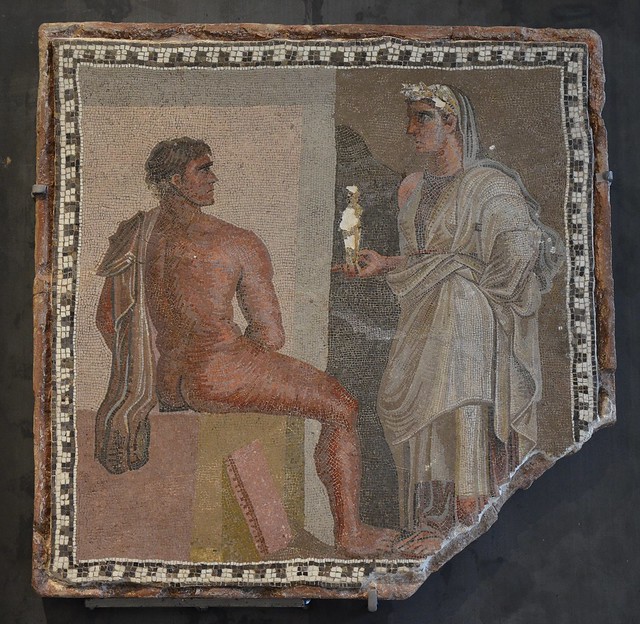 “Agamemnon” describes the homecoming of King Agamemnon of Argos from the Trojan War, along with his concubine Cassandra. His wife, Clytemnestra, however, had long been planning his murder (in concert with her lover, Aegisthus) as revenge for Agamemnon‘s earlier sacrifice of their daughter, Iphigenia. For more detail, see the separate page on “Agamemnon”.

“The Eumenides” tells of how Orestes is pursued to Athens by the vengeful Erinyes for the murder of his mother, Clytemnestra, and how he is tried before Athena and a jury of Athenians to decide whether his crime justifies the torment of the Erinyes. For more detail, see the separate page on “The Eumenides”.

“The Oresteia“ (comprising “Agamemnon”, “The Libation Bearers” and “The Eumenides”) is the only surviving example of a complete trilogy of ancient Greek plays (a fourth play, which would have been performed as a comic finale, a satyr play called “Proteus”, has not survived). It was originally performed at the annual Dionysia festival in Athens in 458 BCE, where it won first prize.

Although technically a tragedy, “The Oresteia” as a whole actually ends on a relatively upbeat note, which may surprise modern readers, although in fact the term “tragedy” did not carry its modern meaning in ancient Athens, and many of the extant Greek tragedies do end happily.

In general, the Choruses of “The Oresteia” are more integral to the action than the Choruses in the works of the other two great Greek tragedians, Sophocles and Euripides (particularly as the elder Aeschylus was only one step removed from the ancient tradition in which the whole play was conducted by the Chorus). In “The Eumenides” in particular, the Chorus is even more essential because it consists of the Erinyes themselves and, after a certain point, their story (and their successful integration into the pantheon of Athens) becomes a major part of the play. 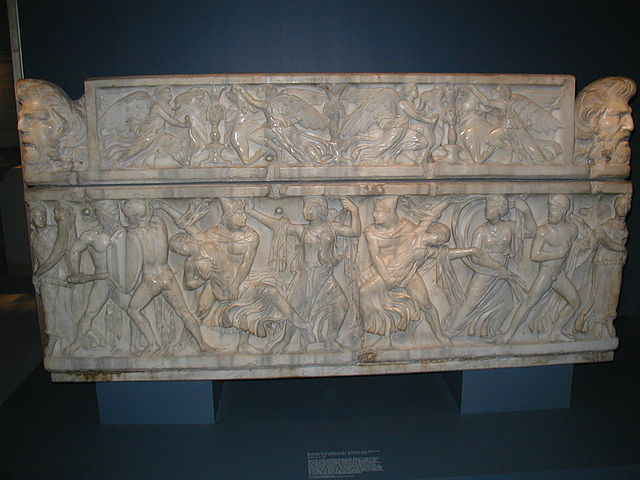 There is also an underlying metaphorical aspect to the entire drama: the change from archaic self-help justice by personal revenge or vendetta to the administration of justice by trial (sanctioned by the gods themselves) throughout the series of plays, symbolizes the passage from a primitive Greek society governed by instincts, to a modern democractic society governed by reason.

The tyranny under which Argos finds itself during the rule of Clytemnestra and Aegisthus corresponds in a very broad way to some events in the biographical career of Aeschylus himself. He is known to have made at least two visits to the court of the Sicilian tyrant Hieron (as did several other prominent poets of his day), and he lived through the democratization of Athens. The tension between tyranny and democracy, a common theme in Greek drama, is palpable throughout the three plays.

By the end of the trilogy, Orestes is seen to be the key, not only to ending the curse of the House of Atreus, but also in laying the foundation for a new step in the progress of humanity. Thus, although Aeschylus uses an ancient and well-known myth as the basis for his “The Oresteia”, he approaches it in a distinctly different way than other writers who came before him, with his own agenda to convey.