“Heracleidae” or “The Children of Heracles” (Gr: “Herakleidai”) is a tragedy by the ancient Greek playwright Euripides, first produced around 430 or 429 BCE. It follows the children of Heracles (collectively known as the Heracleidae) and their protectors as they seek the aid of Demophon and the city of Athens against the vengeance of Eurystheus of Argos, although it is widely regarded as a political and patriotic piece written by Euripides during the difficult times Athens was experiencing. 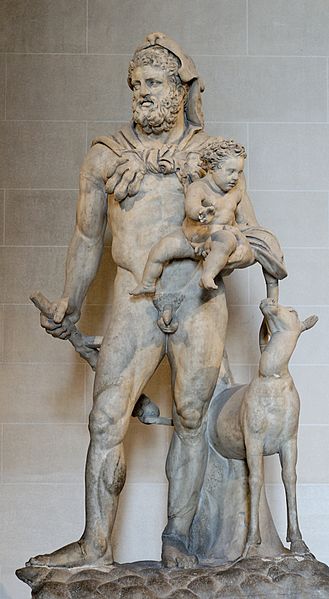 Iolaus, Heracles‘ nephew and his companion during his Twelve Labours but now an old man, is in hiding with Heracles‘ fatherless children at the altar of the temple of Zeus at Marathon, near Athens. They have been moving from city to city, as Iolaus tries to protect them from the vengeful King Eurystheus of Argos, who has vowed to kill them. A herald from Eurystheus appears calling on them once more to return to Argos to face the consequences, and Iolaus begs the Chorus of aged Athenians to take pity and help them.

Demophon, son of Theseus and king of Athens, arrives to hear the story, calling on the herald to justify Eurystheus’ demands. Iolaus gives his own reasons why Demophon should come to their aid (including Heracles‘ kinship and past aid to his father), and his arguments are sufficient to sway Demophon, who dismisses the herald, effectively putting Athens at war with Eurystheus and Argos. The Chorus warn that this is not a step to be taken lightly, but Demophon insists that Athens has always been a friend to the friendless, and is confident that the Heracleidae will always be grateful.

Eurystheus and the Argive army arrive and begin to press the Athenian defence. An oracle has foretold that Athens will succeed only a maid of noble blood is sacrificed, and Demophon is unwilling to call on his own people to provide such a sacrifice. However, Macaria, the eldest daughter of Heracles, overhears the conversation and willingly offers herself as the sacrifice. She takes a fond farewell of her siblings and the Chorus praise her noble death.

Heracles‘ son, Hyllus, arrives back from his mission in search of aid for their cause, bringing news that he has been able to obtain reinforcements to support Demophon in the struggle against Eurystheus. The old and feeble Iolaus insists of joining the fray, and soon a messanger bring news that the combined forces have been victorious, and that Iolaus in particular has distinguished himself in the battle, miraculously appearing to grow young in the process.

Eurystheus, having declined the challenge to meet Hyllus in single combat, had been captured by Iolaus during the battle, and he is now brought in to face the wrath of Heracles‘ mother, Alcmene. In his defence, Eurystheus claims that he did not seek the persecution of Heracles and his family for his own gratification, but was held to it by the goddess Hera. Alcmene insists on taking her revenge on Eurystheus by taking his life, even if that is against the Athenian laws. Eurystheus then tells of a prophecy that his spirit will protect the city from the descendants of the Heracleidae if they slay and bury him, and the Athenians bow to this higher law and Eurystheus is put to death.

“Heracleidae” is usually considered to be essentially a patriotic piece by Euripides, written to the greater glory of Athens, during a period of great instability and uncertainty, as it came under repeated attacks from Sparta in the early stages of the Peloponnesian War. The play abounds with allusions and appeals to the love of country and the championship of the weak and, although the subject matter is drawn from the usual cycle of legends and myths, it is treated with a direct eye to contemporary events (in much the same way as “The Persians” of Aeschylus). Euripides also took some liberties with the traditional storyline in the interests of his patriotic goals, in that Eurystheus was not killed in battle but was captured alive, thus giving him the opportunity to denounce Argos and prophesy the success of Athens.

The main themes of the play – piety to the gods, patronage of the downtrodden and pride in noble blood, all considered as national characteristics by Athenians – were guaranteed to bring out patriotic feelings in the Athenian audience. The choice of Marathon (a location dear to the heart of Athenians, where Athens had once before turned the tide of “barbarism”) as the scene of the play was also deliberately designed to elicit patriotic feelings in the audience. 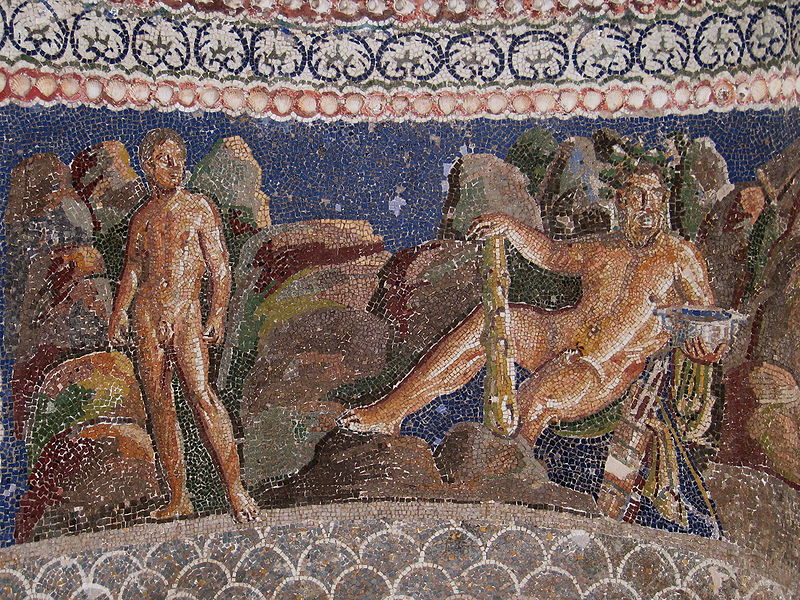 The plot is somewhat disjointed, focussing now on the troubles of Demophon the constitutional ruler of Athens, now on the heroic self-sacrifice of the young Macaria, now on the doomed Eurystheus, and now on the Heracleidae’ protector Iolaus. Some critics have charged that, after the climax is reached with the heroic sacrifice of Macaria to secure the victory of Athens, relatively early in the play, there is little of interest remaining.