“The Suppliants” (also known as “The Suppliant Women”; Gr: “Hiketides”; Lat: “Supplices”) is a tragedy by the ancient Greek playwright Euripides, first produced in 423 BCE. Not to be confused with “The Suppliants” of Aeschylus (which describes the founding of the city of Argos by Danaus and the Danaides), Euripides‘ play deals with the struggle of Adrastus and the Argive mothers against Creon of Thebes to allow of the the bodies of the Argive invaders to receive a proper burial, and the intervention of the Athenian king, Theseus. It is a variant on the story presented in Sophocles‘ “Antigone”. 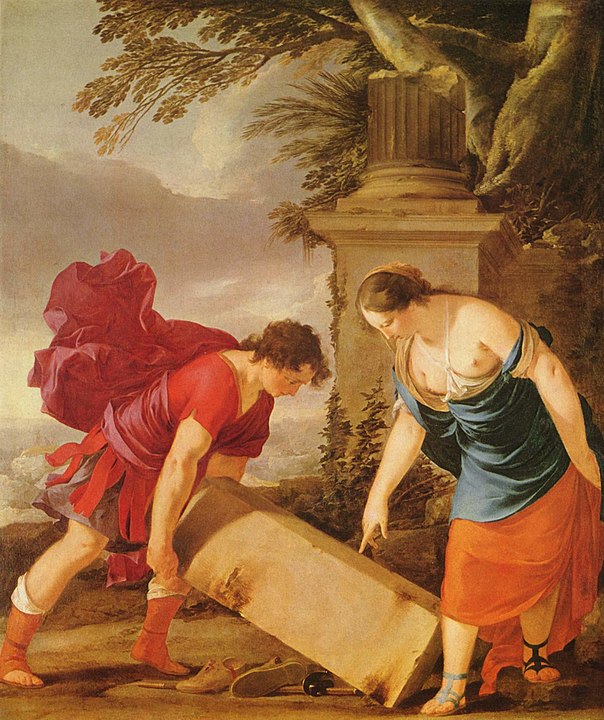 The background to the play refers back to the time after King Oedipus left Thebes, a broken and disgraced man, and his two sons, Polynices (Polyneices) and Eteocles, fought each other for his crown. Polynices and the Argive “Seven Against Thebes” laid siege to the city after Eteocles broke the terms of their father’s agreement, and both brothers killed each other in the struggle, leaving Oedipus‘ brother-in-law Creon as ruler of Thebes. Creon decreed that Polynices and the invaders from Argos were not to be buried, but left to rot dishonourably on the battlefield.

The play is set at the temple of Demeter at Eleusis near Athens, and it begins with Polynices‘ father-in-law, Adrastus, and the Chorus, the mothers of the Argive invaders (the “suppliants” of the title), seeking help from Aethra and her son, Theseus, the powerful king of Athens. They beg Theseus to confront Creon and persuade him to deliver the bodies of the dead according to the ancient inviolable Greek law, so that their sons can be buried. 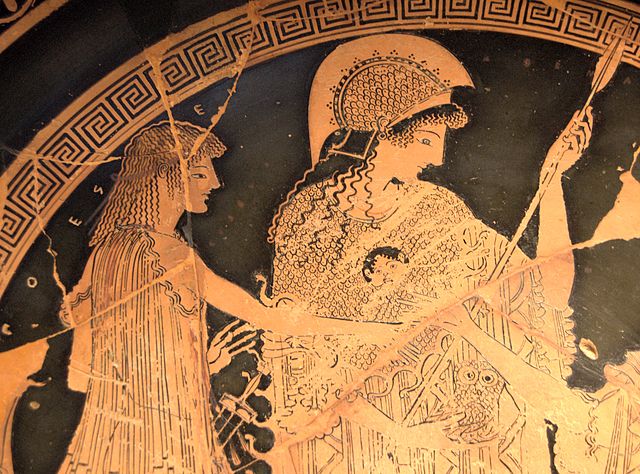 Persuaded by his mother, Aethra, Theseus takes pity on the Argive mothers and, with the consent of the Athenian people, decides to help. However, it becomes clear that Creon will not easily give up the bodies, and the Athenian army must take them by force of arms. In the end, Theseus is victorious in battle and the bodies are returned and finally laid to rest (the wife of one of the dead generals, Capaneus, insists on being burned along with her husband).

The goddess Athena then appears as the “deus ex machina”, and advises Theseus to strike an oath of eternal friendship with Argos, and encourages the sons of the dead Argive generals to take revenge on Thebes for the death of their parents.

Funeral rites were very important to the ancient Greeks and the theme of not allowing the bodies of the dead to be buried occurs many times throughout ancient Greek literature (e.g. the fight over the corpses of Patroclus and Hector in Homer‘s “The Iliad”, and the struggle to bury the body of Ajax in Sophocles‘ play “Ajax”). “The Suppliants” takes this concept even further, portraying a whole city willing to wage war purely to retrieve the bodies of strangers, as Theseus decides to intervene in the argument between Thebes and Argos on this matter of principle.

There are clear pro-Athens political overtones to the play, written as it was during the Peloponnesian War against Sparta. It is very much a public play, focussing on the general or political rather than the particular or personal. Its protagonists, Theseus and Adrastos, are first and foremost rulers representing their respective cities in a diplomatic relationship rather than complex characters with all-too-human foibles. 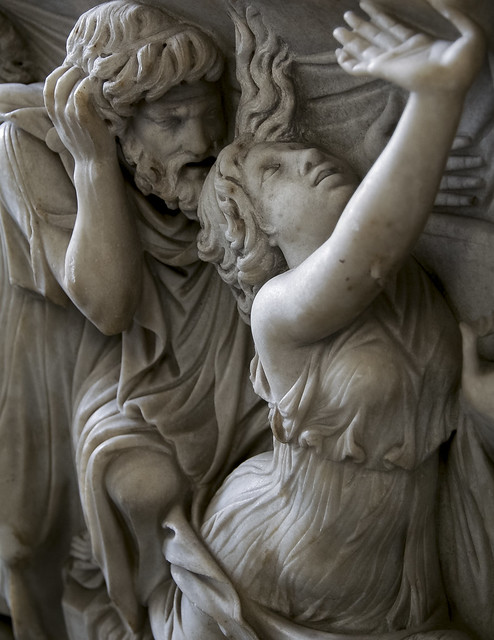 An extended debate between Theseus and the Theban herald discusses the merits and demerits of responsible government, with Theseus lionizing the equality of Athenian democracy, while the herald praises rule by a single man, “not a mob”. Theseus champions the virtues of the middle class and the access of the poor to the justice of the law, while the herald complains that farmers know nothing of politics and care even less, and that one should anyway be suspicious of anyone who rises to power through the use of his tongue to control people.

Running parallel throughout the play, though, is the traditional tragic motif of ancient Greek drama, that of hubris or pride, as well as the theme of the contrast between youth (as personified by the protagonist, Theseus, and the subsidiary chorus, the sons of the Seven) and age (Aethra, Iphis and the elderly female chorus).

Rather than merely pointing out the grief and destruction that war brings, the play also indicates some of the more positive boons of peace including economic prosperity, the opportunity to improve education, the flourishing of the arts and the enjoyment of the moment (Adrastus says, at one point: “Life is such a brief moment; we should pass through it as easily as we can, avoiding pain”). Adrastus rues the “stupidity of man” who always tries to solve his problems by war rather than by negotiation, and only seems to learn from ruinous experience, if even then.