“The Odyssey” (Gr: “Odysseia”) is the second of the two epic poems attributed to the ancient Greek poet Homer (the first being “The Iliad”), and usually considered the second extant work of Western literature. It was probably composed near the end of the 8th Century BCE and is, in part, a sequel to “The Iliad”. It is widely recognized as one of the great stories of all time, and has been a strong influence on later European, especially Renaissance, literature.

The poem focuses on the Greek hero Odysseus (or Ulysses, as he was known in Roman myths) and his long journey home to Ithaca following the fall of Troy. His adventure-filled ten year journey took him through the Ionian Islands and the Peloponnese and as far away as Egypt and North Africa and the western Mediteranean, as the displeased sea-god Poseidon prevented him from reaching his home.

Ten years after the Fall of Troy, and twenty years after the Greek hero Odysseus first set out from his home in Ithaca to fight with the other Greeks against the Trojans, Odysseus’ son Telemachus and his wife Penelope are beset with over a hundred suitors who are trying to persuade Penelope that her husband is dead and that she should marry one of them. 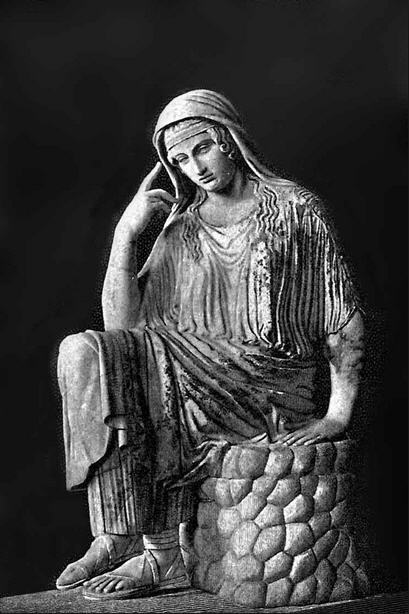 Encouraged by the goddess Athena (always Odysseus’ protector), Telemachus sets out to look for his father, visiting some of Odysseus’ erstwhile companions such as Nestor, Menelaus and Helen, who have long since arrived home. They receive him sumptuously and recount the ending of the Trojan War, including the story of the wooden horse. Menelaus tells Telemachus that he has heard that Odysseus is being held captive by the nymph Calypso.

The scene then changes to Calypso’s island, where Odysseus has spent seven years in captivity. Calypso is finally persuaded to release him by Hermes and Zeus, but Odysseus’ makeshift boat is wrecked by his nemesis Poseidon, and he swims ashore onto an island. He is found by the young Nausicaa and her handmaidens and is made welcome by King Alcinous and Queen Arete of the Phaeacians, and begins to tell the amazing story of his return from Troy.

Odysseus tells how he and his twelve ships were driven off course by storms, and how they visited the lethargic Lotus-Eaters with their memory-erasing food, before being captured by the giant one-eyed cyclops Polyphemus (Poseidon’s son), only escaping after he blinded the giant with a wooden stake. Despite the help of Aeolus, King of the Winds, Odysseus and his crew were blown off course again just as home was almost in sight. They narrowly escaped from the cannibal Laestrygones, only to encounter the witch-goddess Circe soon after. Circe turned half of his men into swine, but Odysseus had been pre-warned by Hermes and made resistant to Circe’s magic.

After a year of feasting and drinking on Circe’s island, the Greeks again set off, reaching the western edge of the world. Odysseus made a sacrifice to the dead and summoned the spirit of the old prophet Tiresias to advise him, as well as the spirits of several other famous men and women and that of his own mother, who had died of grief at his long absence and who gave him disturbing news of the situation in his own household.

Advised once more by Circe on the remaining stages of their journey, they skirted the land of the Sirens, passed between the many-headed monster Scylla and the whirlpool Charybdis, and, blithely ignoring the warnings of Tiresias and Circe, hunted down the sacred cattle of the sun god Helios. For this sacrilege, they were punished by a shipwreck in which all but Odysseus himself drowned. He was washed ashore on Calypso’s island, where she compelled him to remain as her lover. 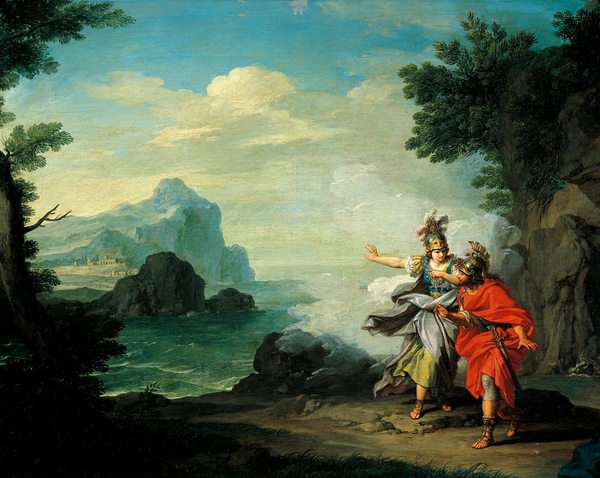 By this point, Homer has brought us up to date, and the remainder of the story is told straightforwardly in chronological order.

Having listened with rapt attention to his story, the Phaeacians agree to help Odysseus get home, and they finally deliver him one night to a hidden harbour on his home island of Ithaca. Disguised as a wandering beggar and telling a fictitious tale of himself, Odysseus learns from a local swineherd how things stand in his household. Through Athena’s machinations, he meets up with his own son, Telemachus, just returning from Sparta, and they agree together that the insolent and increasingly impatient suitors must be killed. With more help from Athena, an archery competition is arranged by Penelope for the suitors, which the disguised Odysseus easily wins, and he then promptly slaughters all the other suitors.

Only now does Odysseus reveal and prove his true identity to his wife and to his old father, Laertes. Despite the fact that Odysseus has effectively killed two generations of the men of Ithaca (the shipwrecked sailors and the executed suitors), Athena intervenes one last time and finally Ithaca is at peace once more.

Like “The Iliad”, “The Odyssey” is attributed to the Greek epic poet Homer, although it was probably written later than “The Iliad”, in Homer’s mature years, possibly around 725 BCE. Also like “The Iliad”, it was clearly composed in an oral tradition, and was probably intended more to be sung than read, probably accompanied by a simple stringed instrument which was strummed for an occasional rhythmic accent. It is written in Homeric Greek (an archaic version of Ionic Greek, with admixtures from certain other dialects such as Aeolic Greek), and comprises 12,110 lines of dactylic hexameter verse, usually divided up into 24 books.

Many copies of the poem have come down to us (for example, a survey of all surviving Egyptian papyri carried out in 1963 found that nearly half of the 1,596 individual “books” were copies of “The Iliad” or “The Odyssey” or commentaries on them). There are interesting parallels between many of the elements of “The Odyssey” and the much older Sumerian legends in the “Epic of Gilgamesh”. Today, the word “odyssey” has come to be used in the English language to refer to any epic voyage or extended wandering. 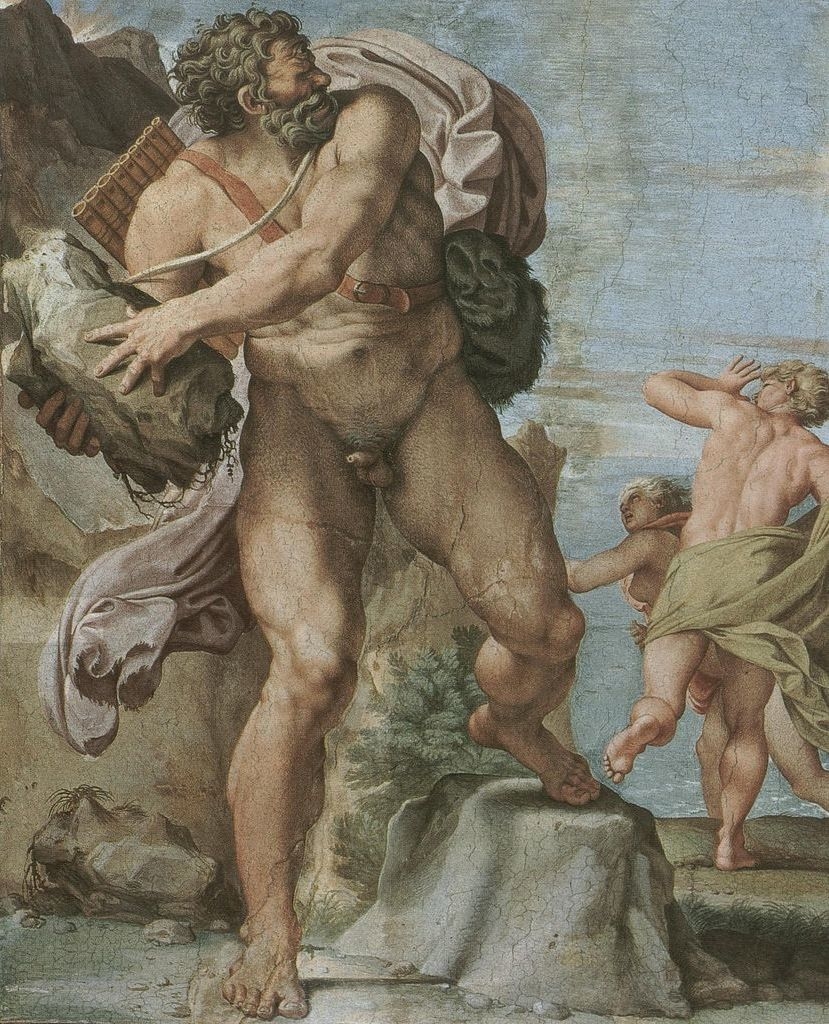 As in “The Iliad”, Homer makes frequent use of “epithets” in “The Odyssey”, descriptive tags used regularly to fill out a line of verse as well as to provide detail about character, such as Odysseus “the raider of cities” and Menelaus “the red-haired captain”. The epithets, as well as repeated background stories and longer epic similes, are common techniques in the oral tradition, designed to make the job of the singer-poet a little easier, as well as to remind the audience of important background information.

Compared to “The Iliad”, the poem has many changes of scene and a much more complex plot. It employs the seemingly modern idea (later imitated by many other authors of literary epics) of starting the plot at what is chronologically towards the end of the overall story, and describing prior events through flashbacks or storytelling. This is appropriate, however, as Homer was elaborating on a story which would have been very familiar to his listeners, and there was little likelihood of his audience being confused, despite the numerous sub-plots.

The character of Odysseus embodies many of the ideals the ancient Greeks aspired to: manly valour, loyalty, piety and intelligence. His intelligence is a mix of keen observation, instinct and street smarts, and he is a fast, inventive liar, but also extremely cautious. However, he is also portrayed as very human – he makes mistakes, gets into tricky situations, loses his temper and is often moved to tears – and we see him in many roles (as a husband, father and son, but also as an athlete, army captain, sailor, carpenter, storyteller, ragged beggar, lover, etc).

The other characters are very much secondary, although Odysseus’ son Telemachus shows some growth and development from a passive, untested boy to a man of valour and action, respectful to gods and men, and loyal to his mother and father. The first four books of “The Odyssey” are often referred to as “The Telemachy” as they follow Telemachus’ own journey.

Among the themes explored by “The Odyssey” are those of homecoming, vengeance, the restoration of order, hospitality, respect for the gods, order and fate, and, perhaps most importantly, loyalty (Odysseus’ loyalty in persisting in his attempts to return home, even after twenty years, Telemachus’ loyalty, Penelope’s loyalty and the loyalty of the servants Eurykleia and Eumaios).