“Pythian Ode 1″ is one of the better known of the many victory poems (or “epinicia”) of the ancient Greek lyric poet Pindar. Like “Olympic Ode 1″, it celebrates a victory of the Sicilian tyrant Hieron of Syracuse, this time in the chariot race at the Pythian Games of 470 BCE. Such a victory ode would generally have been commissioned by a member of the victor’s family, and would usually have been sung and danced on the victor’s return to his home town. 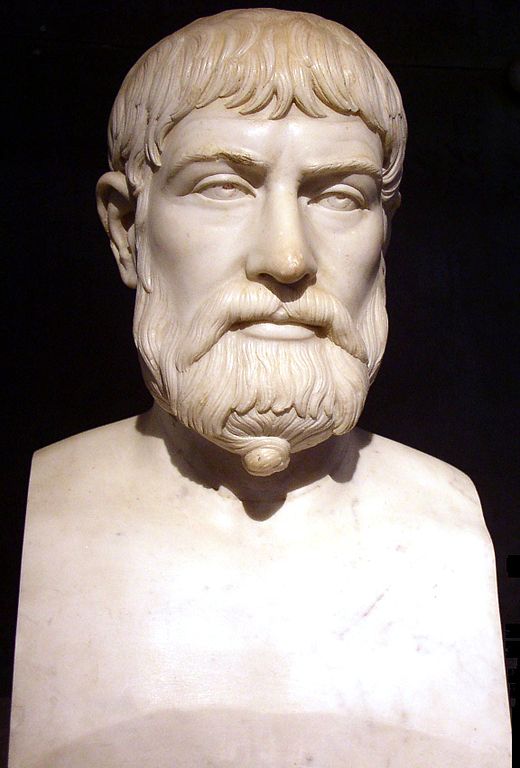 The poem opens with a lavish praise of music, specifically the music of the lyre (the musical instrument which would have accompanied the public perfomance of the poem, thus providing a unifying symbol throughout), and of music’s power to lull and placate even the war-like Zeus and Mars. Music is elevated to a spirit of serenity, order and concord throughout the universe.

Pindar then links some of the monsters that Zeus had to defeat when they threatened the world with chaos (particularly the giant Typhon who, according to legend, Zeus eventually buried beneath Mount Aetna) with some of the events in the recent military history of Sicily, such as the defeat of the EtrusÂ­cans at Cumae in 474 BCE by Hieron and Gelon, and the defeat of the Carthaginians at Himera in 480 BCE. He also links these victories with the perhaps more impressive and significant contemporary victories of the mainland Greeks over the Persians.

He describes the foundation of the city of Aetna under the rule of Hieron’s son Deinomenes as the establishment of a fresh outpost of the glorious Dorian way of life, and suggests that Hieron’s victory in the Pythian games bodes well for the future prosperity of the new city. 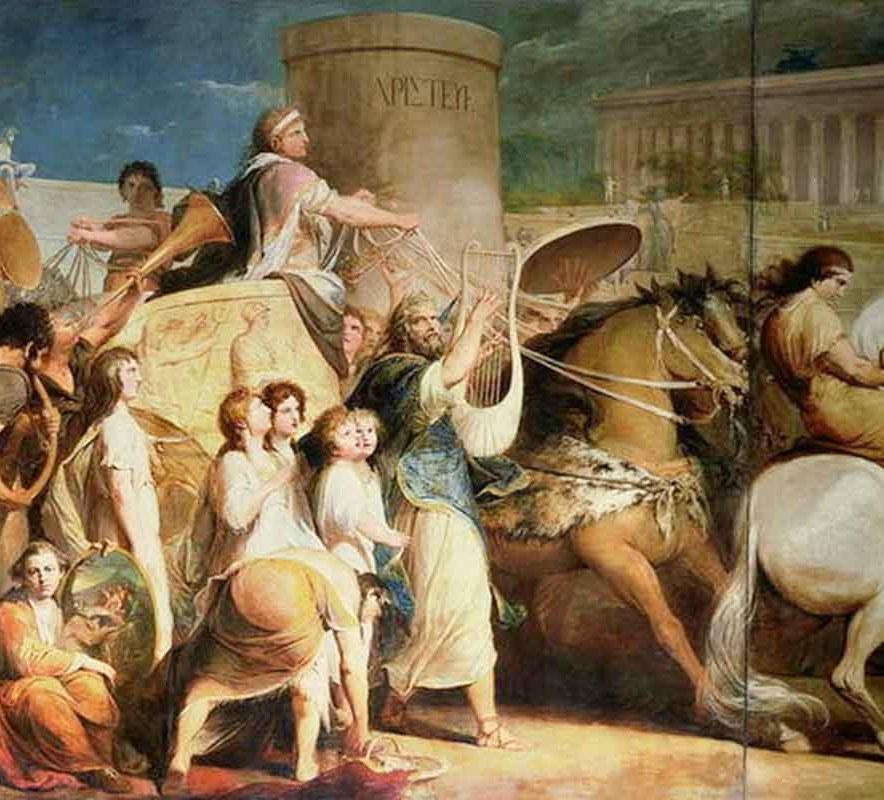 As pertinent historical background to the poem, Hieron had recently installed his son Deinomenes as king of the newly-founded city of Aetna in Sicily, and to some extent the poem is also a kind of coronation hymn for Deinomenes. Pindar suggests that the Pythian victory provided a good augury for the future prosperity of the new city.

Technically, the poem, which is 100 lines in length, is a perfectly organized structure, and displays a unity of composition which is apparent in very few of Pindar​’s other extant poems. It employed the usual triadic, or three-part, structure of Pindaric odes, consisting of a strophe (two or more lines repeated as a unit) followed by a metrically harmonious antistrophe, and then an epode (summary line) in a different metre.

It is intended to be a basic level guide to some of the best known and loved works of classical prose, poetry and drama from ancient Greece, Rome and other ancient civilizations, and is intended to elicit basic level responses like “Oh, that was HIM, was it?” and “I thought all Greek plays were tragedies” and “So, you mean she was a lesbian?”

I am no literary authority myself, merely an interested lay-person who has found himself flummoxed and embarrassed in the past by questions like: