“Antigone” is a tragedy by the ancient Greek playwright Sophocles, written around 442 BCE. Although it was written before Sophocles’ other two Theban plays, chronologically it comes after the stories in “Oedipus the King” and “Oedipus at Colonus”, and it picks up where Aeschylus‘ play “Seven Against Thebes” ends. It deals with Antigone’s burial of her brother Polynices (Polyneices), in defiance of the laws of Creon and the state, and the tragic repercussions of her act of civil disobedience.

The action of “Antigone” follows on from the Theban civil war, in which the two brothers, Eteocles and Polynices, died fighting each other for the throne of Thebes after Eteocles had refused to give up the crown to his brother as their father Oedipus had prescribed. Creon, the new ruler of Thebes, has declared that Eteocles is to be honoured and Polynices is to be disgraced by leaving his body unburied on the battlefield (a harsh and shameful punishment at the time).

As the play begins, Antigone vows to bury her brother Polynices‘ body in defiance of Creon‘s edict, although her sister Ismene refuses to help her, fearing the death penalty. Creon, with the support of the Chorus of elders, repeats his edict regarding the disposal of Polynices‘ body, but a fearful sentry enters to report that Antigone has in fact buried her brother’s body.

Creon, furious at this wilful disobedience, questions Antigone over her actions, but she does not deny what she has done and argues unflinchingly with Creon about the morality of his edict and the morality of her deeds. Despite her innocence, Ismene is also summoned and interrogated and tries to confess falsely to the crime, wishing to die alongside her sister, but Antigone insists on shouldering full responsibility.

Creon‘s son, Haemon, who is betrothed to Antigone, pledges allegiance to his father’s will but then gently tries to persuade his father to spare Antigone. The two men are soon bitterly insulting each other and eventually Haemon storms out, vowing never to see Creon again.

Creon decides to spare Ismene but rules that Antigone should be buried alive in a cave as punishment for her transgressions. She is brought out of the house, bewailing her fate but still vigorously defending her actions, and is taken away to her living tomb, to expressions of great sorrow by the Chorus.

The blind prophet Tiresias warns Creon that the gods side with Antigone, and that Creon will lose a child for his crimes of leaving Polynices unburied and for punishing Antigone so harshly. Tiresias warns that all of Greece will despise him, and that the sacrificial offerings of Thebes will not be accepted by the gods, but Creon merely dismisses him as a corrupt old fool.

However, the terrified Chorus beg Creon to reconsider, and eventually he consents to follow their advice and to free Antigone and to bury Polynices. Creon, shaken now by the prophet’s warnings and by the implications of his own actions, is contrite and looks to right his previous mistakes. 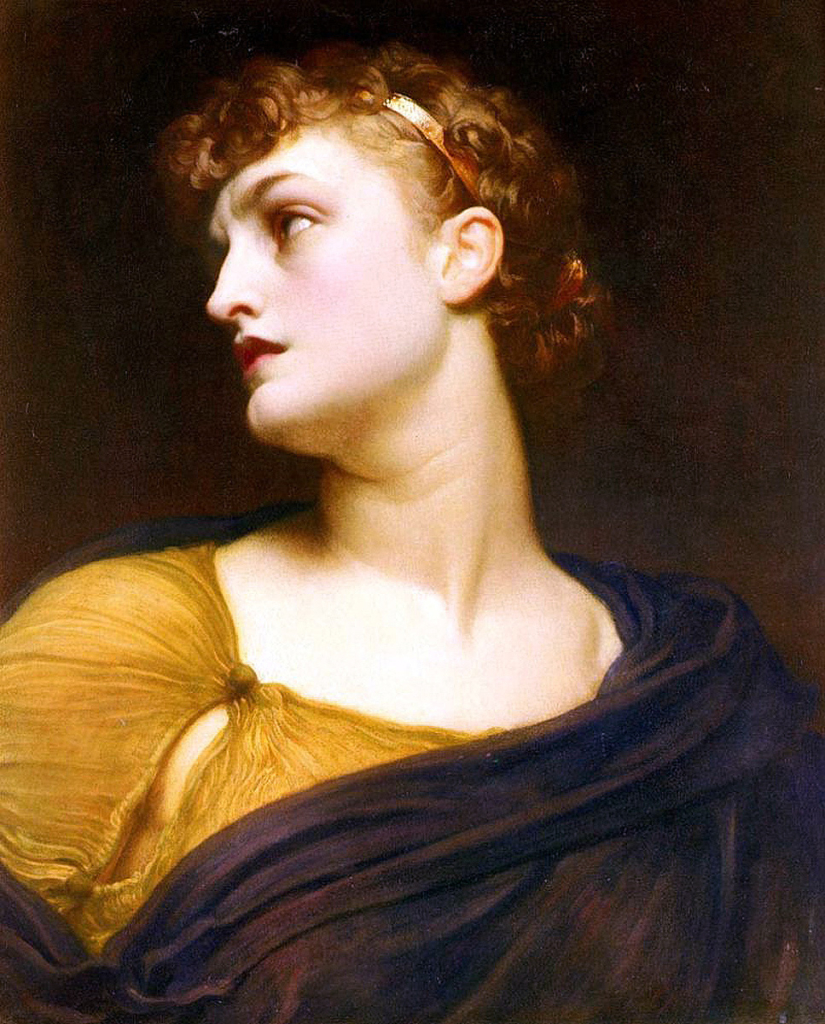 But, a messenger then enters to report that, in their desperation, both Haemon and Antigone have taken their own lives. Creon’s wife, Eurydice, is distraught with grief over the loss of her son, and flees the scene. Creon himself begins to understand that his own actions have caused these events. A second messenger then brings the news that Eurydice has also killed herself and, with her last breath, had cursed her husband and his intransigence.

Creon now blames himself for everything that has happened and he staggers away, a broken man. The order and rule of law he values so much has been protected, but he has acted against the gods and has lost his child and his wife as a result. The Chorus closes the play with an attempt at consolation, by saying that although the gods punish the proud, punishment also brings wisdom.

Although set in the city-state of Thebes about a generation before the Trojan War (many centuries before Sophocles’ time), the play was actually written in Athens during the rule of Pericles. It was a time of great national fervor, and Sophocles himself was appointed as one of the ten generals to lead a military expedition against Samos Island shortly after the play’s release. Given this background, it is striking that the play contains absolutely no political propaganda or contemporary allusions or references to Athens, and indeed betrays no patriotic interests whatsoever.

All the scenes take place in front of the royal palace at Thebes (conforming to the traditional dramatic principle of unity of place) and the events unfold in little more than twenty-four hours. A mood of uncertainty prevails in Thebes in the period of uneasy calm following the Theban civil war and, as the debate between the two central figures advances, the elements of foreboding and impending doom predominate in the atmosphere. The series of deaths at the end of the play, however, leaves a final impression of catharsis and an emptying of all emotion, with all passions spent.

The idealistic character of Antigone consciously risks her life through her actions, concerned only with obeying the laws of the gods and the dictates of familial loyalty and social decency. Creon, on the other hand, regards only the requirement of political expediency and physical power, although he too is unrelenting in his stance. Much of the tragedy lies in the fact that Creon’s realization of his folly and rashness comes too late, and he pays a heavy price, left alone in his wretchedness. 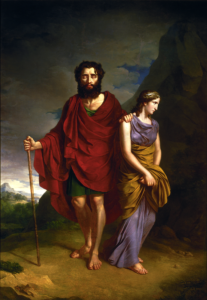 The play’s Chorus of Theban elders generally remains within the general moral and the immediate scene (like the earlier Chori of Aseschylus), but it does also allow itself to be carried away at times from the occasion or the initial reason for speaking (an innovation later developed further by Euripides). The character of the sentry is also unusual for the time of the play, in that he speaks in more natural, lower-class language, rather than the stylized poetry of the other characters. Interestingly, there is very little mention of the gods throughout the play, and the tragic events are portrayed as the result of human error, and not divine intervention.

It explores themes such as state control (the right of the individual to reject society’s infringement on personal freedoms and obligations); natural law vs. man-made law (Creon advocates obedience to man-made laws, while Antigone stresses the higher laws of duty to the gods and one’s family) and the related issue of civil disobedience (Antigone believes that state law is not absolute, and that civil disobedience is justified in extreme cases); citizenship (Creon‘s decree that Polynices should remain unburied suggests that Polynices’ treason in attacking the city effectively revokes his citizenship and the rights that go with it – ”citizenship by law” rather than “citizenship by nature”); and family (for Antigone, the honour of the family outweighs her duties to the state).

Much critical debate has centred on why Antigone felt such a strong need to bury Polynices a second time in the play, when the initial pouring of dust over her brother’s body would have fulfilled her religious obligations. Some have argued that this was merely a dramatic convenience of Sophocles, while others maintain that it was a result of Antigone’s distracted state and obsessiveness.

In the mid-20th Century, the Frenchman Jean Anouilh wrote a well-regarded version of the play, also called “Antigone”, which was deliberately ambiguous regarding the rejection or acceptance of authority, as befitted its production in occupied France under Nazi censorship.