“Electra” (Gr: “Elektra”) is a tragedy by the ancient Greek playwright Sophocles, probably dating from quite late in his career, around 410 BCE or later. It is based on the story of Electra and her brother Orestes, and the vengeance they take on their mother Clytemnestra and step-father Aegisthus for the murder of their father Agamemnon in the aftermath of the Trojan War. It is considered one of Sophocles’ most successful dramas. 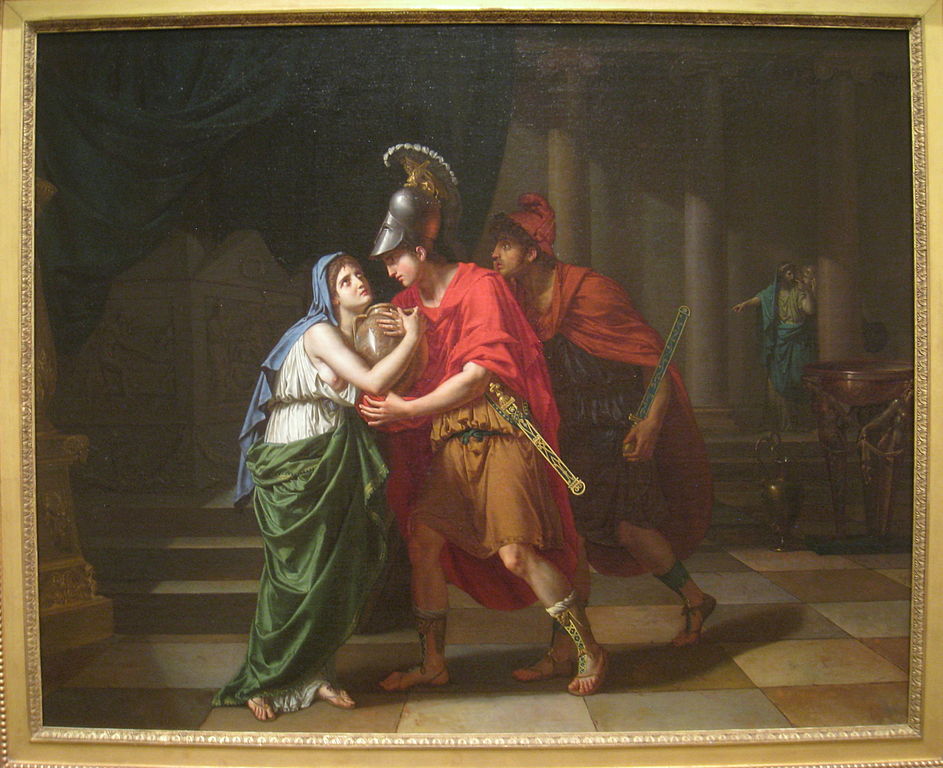 As background to the play, King Agamemnon of Mycenae (or Argos in some versions of the myth) had returned from the Trojan War with his new concubine, Cassandra. His wife, Clytemnestra, who had borne a grudge against Agamemnon for many years since he had sacrificed their daughter Iphigenia at the start of the Trojan War in order to placate the gods, and who had in the meantime taken Agamemnon‘s ambitious cousin Aegisthus as a lover, killed both Agamemnon and Cassandra.

Orestes, Agamemnon and Clytemnestra’s infant son, was sent abroad to Phocis for his own safety, while his sister Electra remained in Mycenae (although more or less reduced to the status of servant), as did their younger sister Chrysothemis (who, however, did not protest or look for vengeance against their mother and Aegisthus). 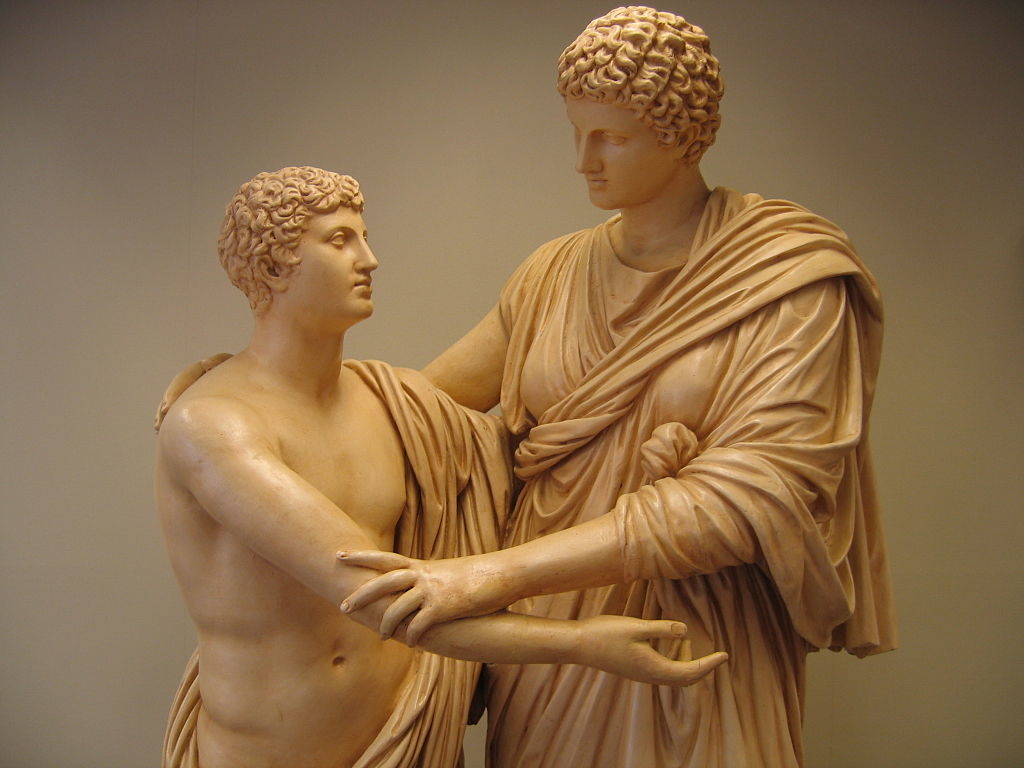 As the play begins, many years after Agamemnon’s death, Orestes, now a grown man, arrives in Mycenae in secret with his friend Pylades of Phocis and an old attendant or tutor. They hatch a plan to gain entrance to Clytemnestra’s palace by announcing that Orestes was dead, and that the two men (really Orestes and Pylades) are arriving to deliver an urn with his remains.

Electra has never come to terms with her father Agamemnon’s murder, and laments his death to the Chorus of Myceaean women. She argues bitterly with her sister Chrysothemis over her accommodation with her father’s killers, and with her mother, whom she had never forgiven for the murder. Her only hope is that one day her brother Orestes will return to avenge Agamemnon.

When the messenger (the old man of Phocis) arrives with news of the death of Orestes, therefore, Electra is devastated, although Clytemnestra is relieved to hear it. Chrysothemis mentions that she has seen some offerings and a lock of hair at Agamemnon’s tomb and concludes that Orestes must have returned, but Electra dismisses her arguments, convinced that Orestes is now dead. Electra proposes to her sister that it is now up to them to kill their hated step-father Aegisthus, but Chrysothemis refuses to help, pointing out the impracticability of the plan.

When Orestes arrives at the palace, carrying the urn supposedly containing his own ashes, he does not recognize Electra at first, nor she him. Belatedly realizing who she is, though, Orestes reveals his identity to his emotional sister, who almost betrays his identity in her excitement and joy that he is alive.

With Electra now involved in their plan, Orestes and Pylades enter the house and slay his mother, Clytemnestra, while Electra keeps watch for Aegisthus. They hide her corpse under a sheet and present it to Aegisthus when he returns home, claiming it to be the body of Orestes. When Aegisthus lifts the veil to discover his dead wife, Orestes reveals himself, and the play ends as Aegisthus is escorted off to be killed at the hearth, the same location Agamemnon was slain.

The story is based on “The Nostoi”, a lost epic of ancient Greek literature and part of the “Epic Cycle”, roughly covering the period between Homer’s “Iliad” and his “Odyssey”. It is a variant on the story told by Aeschylus in “The Libation Bearers” (part of his “Oresteia” trilogy) some forty years earlier. Euripides also wrote an “Electra” play at around the same time as Sophocles, although there are significant differences between the two plots, despite being based on the same basic story.

“Electra” is widely considered to be Sophocles‘ best character drama, due to the thoroughness of its examination of the morals and motives of Electra herself. Where Aeschylus told the story with an eye to the ethical issues associated, Sophocles (like Euripides) addresses the problem of character, and asks what kind of woman would want so keenly to kill her mother.

Electra as a person is very emotional and stubbornly devoted to the principles of justice, reverence and honour (even if sometimes her grasp on these principles seems questionable). Orestes, on the other hand is portrayed as a naïve and inexperienced youth, acting more because he has been so instructed by Apollo’s oracle than due to any intense or deep emotion. Chrysothemis is less emotional and more detached than Electra, and clings to the principle of expediency in the hopes of maximizing her own comfort and profit.

The Chorus of the play, comprised in this case of the virgins of the Mycenae palace, is traditionally reserved and conservative, although this Chorus abandons its conventional stance to whole-heartedly support both Electra and the play’s final act of vengeance.

The main themes explored through the play include the conflict between justice and expediency (as embodied in the characters of Electra and Chrysothemis respectively); the effects of revenge on its perpetrator (as the moment of revenge approaches, Electra grows increasingly irrational, demonstrating a questionable grasp on the very principle of justice by which she claims to be motivated); and the degrading effects of dishonour.

Sophocles acknowledges the “bad” sides of the “heroes” and the “good” sides of the “villains”, in effect blurring the distinctions between these two categories and lending the play a morally ambiguous tone. Many scholars are divided over whether Electra‘s victory over her mother represents the triumph of justice or the downfall (even madness) of Electra.