Catullus was a short-lived but very influential Roman lyric poet whose surviving works are still read widely, being among the most accessible Latin poems for the modern reader. Although never considered one of the canonical school authors, Catullus’ poems were widely appreciated by other poets, and he greatly influenced other Roman poets such as Ovid, Horace and Vergil, as well as later Renaissance poets. His passionate and sometimes explicit writing style has shocked many readers, both ancient and modern. 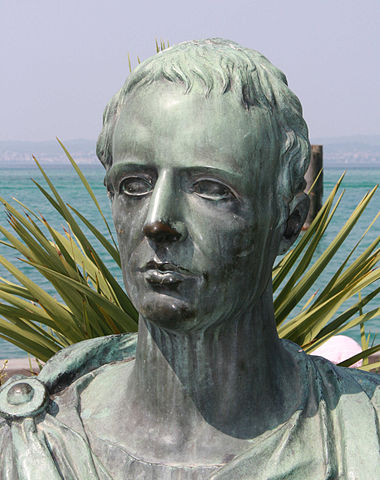 Gaius Valerius Catullus was born around 87 or 84 BCE into a leading equestrian family of Verona (the equestrian order was the lower of the two aristocratic classes of ancient Rome). The family villa was at Sirmio near Verona, and the poet also owned a villa near the fashionable resort of Tibur (modern-day Tivoli), so, despite Catullus’ occasional complaints about his poverty, he was clearly independently wealthy and a member of the Roman elite.

There is no ancient biography of Catullus, and his life has been pieced together from scattered references to him in other ancient authors and from his own poems. He spent most of his years as a young adult in Rome, where he numbered among his friends several prominent poets and other literary personalities. It is also quite possible that he was personally acquainted with some of the prominent politicians of the day, including Cicero, Caesar and Pompey (although Cicero apparently despised his poems for their supposed amorality).

It was probably in Rome that Catullus fell deeply in love with the “Lesbia” of his poems (usually identified with Clodia Metelli, a sophisticated woman from an aristocratic house), and he describes several stages of their relationship in his poems with striking depth and psychological insight. He also appears to have had a male lover called Juventius.

As adherents of Epicureanism, Catullus and his friends (who became known as the “Novi Poetae” or the “New Poets”) lived their lives largely withdrawn from politics, cultivating their interest in poetry and love. That said, he did spend a short time in 57 BCE in a political post in Bithynia, near the Black Sea, and also visited his brother’s tomb at Troad, in modern-day Turkey. According to St. Jerome, Catullus died at the young age of thirty, which suggests a date of death of 57 or 54 BCE. 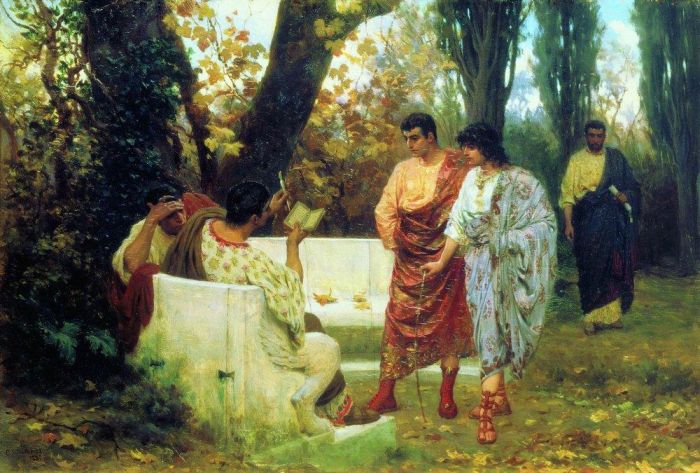 Nearly lost forever in the Middle Ages, his work has survived thanks to a single manuscript, an anthology that may or may not have been arranged by Catullus himself. Catullus’ poems have been preserved in an anthology of 116 “carmina” (verses), although three of these (numbers 18, 19 and 20) are now considered spurious. The poems are often divided into three formal parts: sixty short poems in varying metres (or “polymetra”), eight longer poems (seven hymns and one mini-epic) and forty-eight epigrams.

Catullus’ poetry was influenced by the innovative poetry of the Hellenistic Age, especially that of Callimachus and the Alexandrian school, which propagated a new style of poetry, known as “neoteric”, which deliberately turned away from the classical epic poetry in the tradition of Homer, focusing instead on small-scale personal themes using very careful and artistically composed language. Catullus was also an admirer of the lyric poetry of Sappho and sometimes used a metre called the Sapphic strophe which she had developed. However, he wrote in many different metres, including hendecasyllabic and elegiac couplets, which were commonly used in love poetry.

Almost all of his poetry shows strong (occasionally wild) emotions, especially in regard to Lesbia, who appears in 26 of his 116 surviving poems, although he could also demonstrate a sense of humour. Some of his poems are rude (sometimes downright obscene), often targeted at friends-turned-traitors, other lovers of Lesbia, rival poets and politicians.

He developed many literary techniques still in common use today, including hyperbaton (where words that naturally belong together are separated from each other for emphasis or effect), anaphora (emphasizing words by repeating them at the beginnings of neighbouring clauses), tricolon (a sentence with three clearly defined parts of equal length and of increasing power) and alliteration (the repeated occurrence of a consonant sound at the beginning of several words in the same phrase).