“Miser Catulle, desinas ineptire” (“Wretched Catullus, you should cease to be useless”) is a lyric poem by the Roman poet Catullus, often referred to as “Catullus 8” or “Carmina VIII” for its position in the generally accepted catalogue of Catullus’ works. The poem dates from around 65 BCE and describes Catullus’ misery and sadness after being rejected by his lover, Lesbia, and his more or less firm resolve to come to terms with his loss and to move on.

The poet reproaches himself for his silliness in clinging to a love which has clearly run its course. He describes how wonderful his love was while it lasted, but then states baldly she no longer wants him. He vows to be strong and resolute and not to chase after her, and tries to console himself that she will come to regret her decision. He imagines that no-one will now want to see her and love her, but ends by steeling himself again to endure his own misery and to remain steadfast in his resolve.

Although the poem is addressed throughout to Catullus himself, and the name of his paramour is nowhere mentioned, the subject is clearly his failed love affair with Lesbia, an alias Catullus uses in many of his poems for Clodia, the wife of the eminent Roman statesman, Clodius.

The use of the choliambic metre (also known as limping, lame or halting iambic, for the way it brings the reader down on the wrong “foot” by reversing the stresses of the last few beats) creates a broken uneven effect, mimicking the dead end of Catullus’ thoughts. 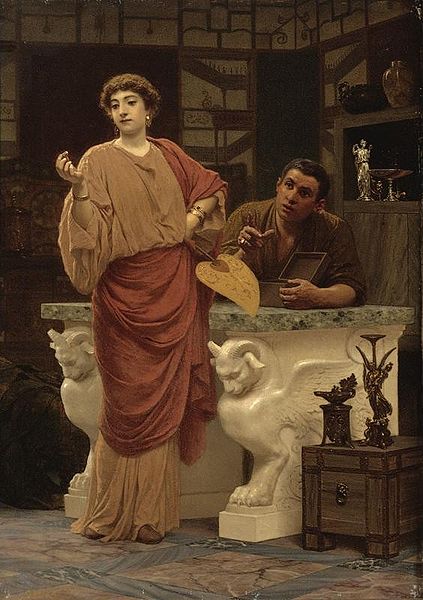 The first word of the poem, “miser”, is a favourite word and self-description of Catullus’. It can be translated as “miserable”, “wretched” or “unhappy”, but also as “love-sick”, which perhaps creates a tone nearer that intended by Catullus in the poem. The final word of the poem, “obdura” (“endure”), also used in lines 11 and 12, is a blunt imperative as Catullus tries to snap himself out of his misery.

Thus, the poem moves through a progression from Catullus’ utter dejection at his abandonment by Lesbia, through a middle section where he remembers some of the good things in life (which he reasons must still exist) and his recognition that things have inexorably changed, then a phase where he expresses his anger and frustration at Lesbia, and finally his resolve to overcome his despondency and move on. In the end, Catullus the rational poet becomes ascendant over Catullus the irrational lover.

However, the repeated and exaggerated use of the rhetorical questions towards the end of the poem in lines 15 – 18 (which also lends a fast, somewhat flustered tempo to this section of poem, perhaps reflecting the state of mind of the speaker), actually appears to be trying to bait Lesbia into taking him back, suggesting that he has not truly given up. Therefore, it seems that he actually cannot help himself any more than he could at the beginning of the narrative, and the final “obdura” comes across as less convincing and sadder than the earlier one.