“Nunc est bibendum” (“Now is the time for drinking”), sometimes known as the “Cleopatra Ode”, is one of the most famous of the odes of the Roman lyric poet Horace, published in 23 BCE as Poem 37 in the first book of Horace’s collected “Odes” or “Carmina”. The poem is a song of triumph over the defeat and death of Queen Cleopatra of Egypt, and probably dates from the autumn of 30 BCE, when the news of Cleopatra’s suicide reached Rome. 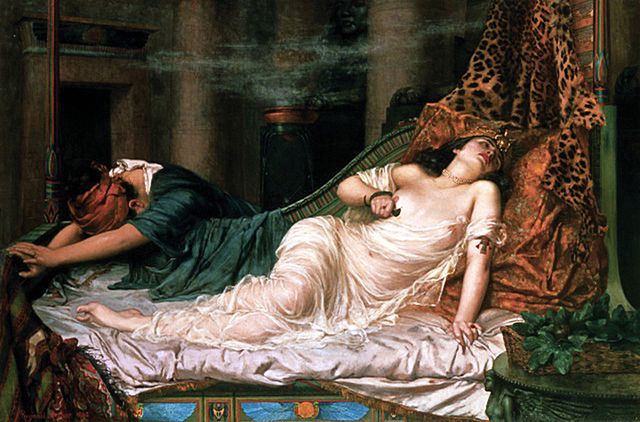 The poet exults that now is the time for drinking, dancing and celebration. Although such festivities would have been wrong before, while Cleopatra still posed a threat to Rome, it is now appropriate to bring out the vintage Caecuban wine and to honour the gods with a Salian-style banquet.

He describes how Octavian burned most of Cleopatra’s ships and then pursued her back to Egypt in her single remaining ship. However, Cleopatra had the nobility to face up to her defeat, and ended her life with some dignity, taking snake poison rather than facing the indignity of capture and slavery.

Horace developed his “Odes” in conscious imitation of the short lyric poetry of Greek originals such as Pindar, Sappho and Alcaeus. His genius lay in applying these older forms, largely using the ancient Greek Sapphic and Alcaic metres, to the social life of Rome in the age of Augustus. The first three books of the “Odes”, including this one, were published in 23 BCE. “Nunc est bibendum” is the earliest positively-dated poem in the collection, almost certainly dating from the autumn of 30 BCE, when the news of Cleopatra’s suicide reached Rome.

The poem focuses on Octavian’s defeat of Mark Antony and Cleopatra at the Battle of Actium and the subsequent death of Cleopatra, but it does not mention Mark Anthony at all. Some commentators have hazarded that this was an attempt to portray the conflict as the termination of a foreign threat and not as the resolution of an ongoing civil war. In fact, Cleopatra herself, the subject of the poem, is not actually named as such in the ode either, but is clearly referred to throughout as “the queen”. 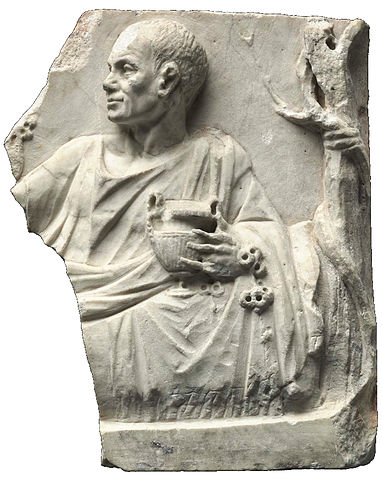 The first five stanzas are a somewhat gloating celebration of the defeat of Cleopatra, whom Horace describes at one point as a “fatale monstrum” (actually better translated as “doom-bringing portent” rather than “fatal monster”). The final three stanzas, however, change quite radically in their tone and focus, stressing Cleopatra’s nobility in the face of defeat. This is probably more an attempt on Horace’s part to be magnanimous in victory rather than a demonstration of any ambivalence over Octavian’s victory as some have suggested, and it does seem that Horace intended his audience to see both sides of Cleopatra.