“Oedipus” is a tragedy by the Roman playwright Seneca the Younger, written around 55 CE. It is a retelling of the story of the unlucky King Oedipus, who finds out that he has unknowingly killed his father and married his own mother, a story better known through the play “Oedipus the King” by the ancient Greek playwright, Sophocles.

The play opens with a fearful King Oedipus of Thebes lamenting a vicious plague which is affecting the city. He also explains how he had received a prophecy from Apollo before he came to Thebes that he would one day kill his father and marry his mother, which is why he had fled the kingdom of his father Polybus in the first place. Oedipus is so disturbed by what is occurring in Thebes that he even considers returning to his home city, although his wife Jocasta strengthens his resolve and he stays.

Jocasta‘s brother Creon returns from the Oracle at Delphi with the oracular instruction that, in order to end the plague, Thebes needs to avenge the death of the former king, Laius. Oedipus asks the blind prophet Tiresias to make clear the meaning of the oracle, and he proceeds to carry out a sacrifice containing a number of horrific signs. However, Tiresias needs to summon Laius’ spirit back from Erebus (Hades) in order to name his slayer.

Creon returns from seeing Tiresias after he has spoken to Laius’ ghost, but is at first unwilling to reveal to Oedipus the killer’s name. When Oedipus threatens him, Creon relents and reports that Laius has accused Oedipus himself of his murder and also of having defiled his marriage-bed. Laius’ ghost promised that the plague will only cease when the king is expelled from Thebes, and Creon advises Oedipus to abdicate. But Oedipus believes that Creon, in league with Tiresias, has invented this story in an attempt to seize his throne and, despite Creon’s protestations of innocence, Oedipus has him arrested. 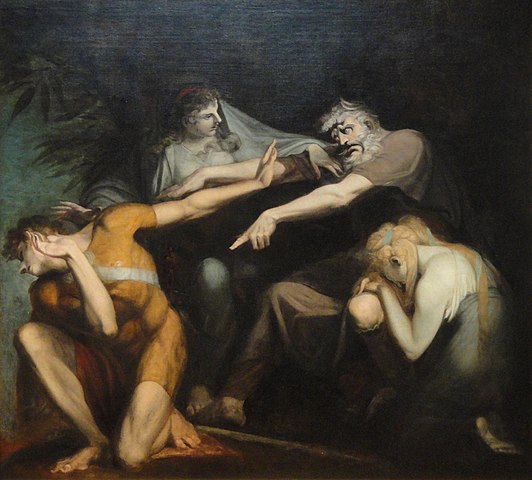 Oedipus, though, is troubled by the faint memory of a man whom he had killed on the road whilst coming to Thebes for behaving arrogantly before him, and wonders if it could have indeed been his father, Laius. An elderly shepherd/messenger comes from Corinth to tell Oedipus that his adopted father, King Polybus, has died and that he should return to claim his throne. Oedipus does not want to return as he still fears the prophecy that he will marry his mother, but the messenger then tells him that he knows for a fact that Corinth’s queen is not his real mother, because he was the shepherd who was given charge of the baby Oedipus on Mount Cithaeron all those years ago. It then becomes clear that Oedipus is in fact Jocasta’s son, thus revealing the other part of Apollo’s original prophecy, and he runs off in torment.

Another messenger enters to report how Oedipus first thought about killing himself and having his body thrown to wild beasts, but then, having considered the suffering Thebes was going through, he felt that his crime deserved an even worse punishment and proceeded to tear out his eyes with his own hands. Oedipus himself then enters, blinded and in great pain, and is confronted by Jocasta. She realizes from his actions that she too must punish herself, and she takes Oedipus’ sword and kills herself. 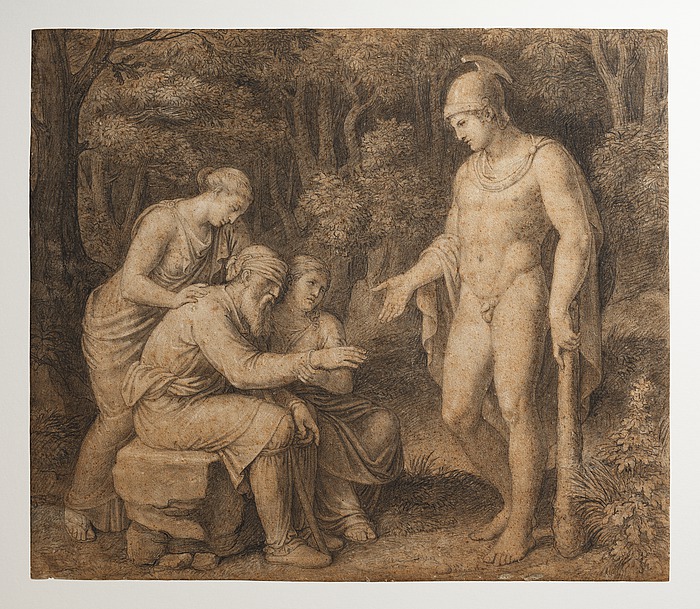 Seneca’s “Oedipus” follows both Aristotle’s and Horace‘s dicta on tragic style, with complete unity of action, time and place, and a Chorus separating each of the five acts. It also follows Aristotle’s belief that on-stage violence is cathartic, and Seneca gives free reign to the bloody acts of mutilation and sacrifice. There is, however, a longstanding (and ongoing) debate as to whether Seneca‘s plays were ever actually performed or were merely written for recitation among select groups. Some critics have concluded that they were intended to comment obliquely on the outrages of Emperor Nero’s court, and some that they were used as part of the young Nero’s education.

Although based in general terms on Sophocles’ much earlier play, “Oedipus the King”, there are several differences between the two plays. One major difference is that Seneca’s play has a considerably more violent tone. For example, the sacrifice carried out by Tiresias is described in a graphic and gory detail which would have been considered quite improper in Sophocles’ day. In fact, the whole of the long scene involving Tiresias and his augury does not have an equivalent in Sophocles at all, and the scene actually has the unfortunate effect of reducing the dramatic impact of Oedipus‘ discovery of his true identity, a fact that surely must have been all too clear to Seneca himself, and the reason for its insertion is not clear.

Unlike the proud and imperious king of Sophocles‘ play, the character of Oedipus in Seneca’s version is fearful and guilt-ridden, and he worries all along that he may be responsible in some way for the great Theban plague. In Sophocles’ play, Oedipus blinds himself after seeing the corpse of the hanged Jocasta, using golden broaches from her dress to stab out his eyes; in Seneca’s play, Oedipus blinds himself before the death of Jocasta by pulling out his eyeballs, and thus is a much more direct cause of Jocasta’s death.

For Sophocles, tragedy is the result of a tragic flaw in the character of the protagonist, while for Seneca, fate is inexorable and man is helpless against destiny. For catharsis, the audience must experience pity and fear, and Sophocles accomplishes this with a suspenseful plot, but Seneca goes one better by adding a pervasive and claustrophobic mood which seems to hover over the characters, all but choking them with the pain of recognition. 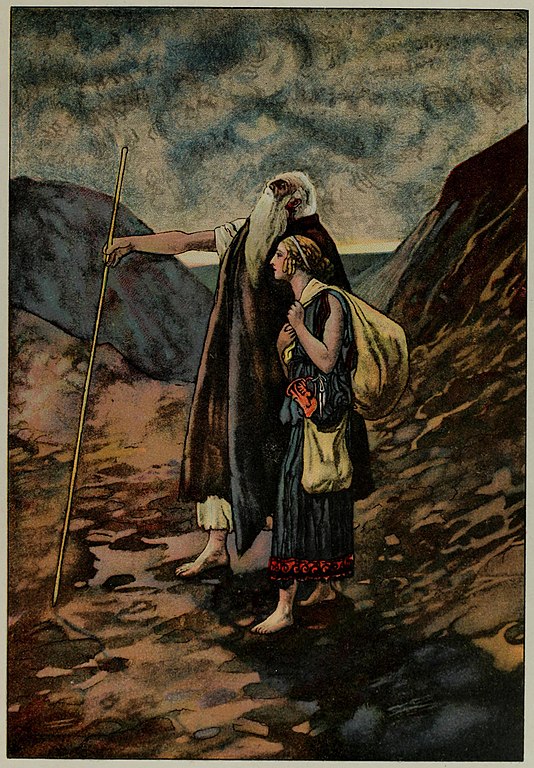 Along with Seneca‘s other plays, “Oedipus” in particular was regarded as a model of classical drama in Elizabethan England, and even as an important work of moral instruction by some. Although it was probably intended to be recited at private gatherings rather than performed on stage (and there is no evidence of it having been performed in the ancient world), it has been successfully staged many times since the Renaissance. With its theme of powerlessness against stronger forces, it has been described as being quite as relevant today as it was in ancient times.

Some critics, including T. S. Eliot, have claimed that “Oedipus”, like the other plays of Seneca, is simplistically peopled by stock characters. Others, however, have rejected this criticism, claiming that the only truly stock character in the whole play is that of the messenger, and that Oedipus himself is treated as quite a complex psychological case in the play.