“Phaedra” (sometimes known as “Hippolytus”) is a tragedy by the Roman playwright Seneca the Younger, written around 50 CE. Adapted from “Hippolytus” by Euripides, it tells the story of Phaedra and her taboo love for her stepson, Hippolytus, although with a much more sensual and shameless Phaedra than in Euripides’ Greek original. Today, it is one of Seneca’s most widely-read plays, a work of high passion reined in by carefully constructed language. 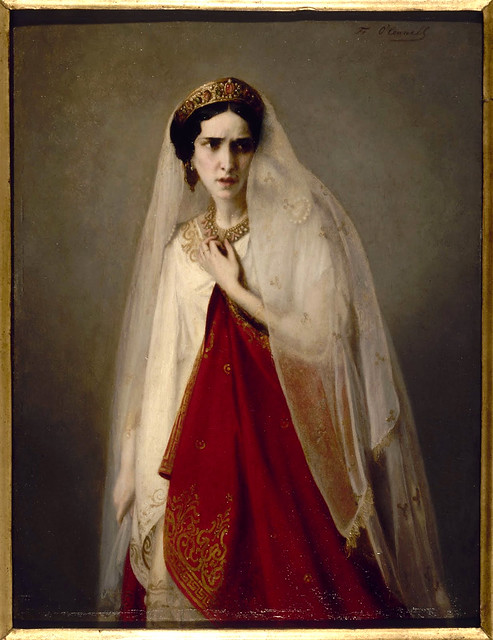 The young Hippolytus is organizing a hunt, and invokes Diana, goddess of the hunt, to help his luck. His stepmother Phaedra confesses her burning love for Hippolytus to her nurse, who tries in vain to dissuade her. The Chorus observes that all things yield to love: men of all types, as well as animals and even the gods themselves. The nurse complains that love can result in evil consequences, diseases and violent passions, but, realizing the hopelessness of the situation, she resolves to try to help her mistress.

Phaedra appears, dressed up like an Amazon huntress to please Hippolytus. Her nurse strives to bend Hippolytus’ will towards the delights of love and to soften his heart, but he is not willing to change his mood, preferring hunting and the country life over all the pleasures of human relations. Phaedra enters and eventually admits her love directly to Hippolytus. However, he flies into a rage, drawing his sword on her but then casting the weapon away and fleeing into the woods as the distraught Phaedra begs for death to put her out of her misery. The Chorus prays to the gods that beauty may be as advantageous to Hippolytus as it has proved pernicious and fatal to so many others.

Phaedra’s husband, the great Atheneian hero Theseus, then returns from his quest in the underworld, and, seeing Phaedra in distress, seemingly prepared to kill herself, demands an explanation. All the nurse will say in explanation is that Phaedra has resolved to die. According to the plan hatched by Phaedra’s nurse to conceal Phaedra’s guilt by accusing Hippolytus of attempting to rape his stepmother, Phaedra pretends that she prefers to die than to admit to Theseus the wrong that someone has done to him. When Theseus threatens the nurse to find out the truth of what has happened, she shows him the sword that Hippolytus had left. 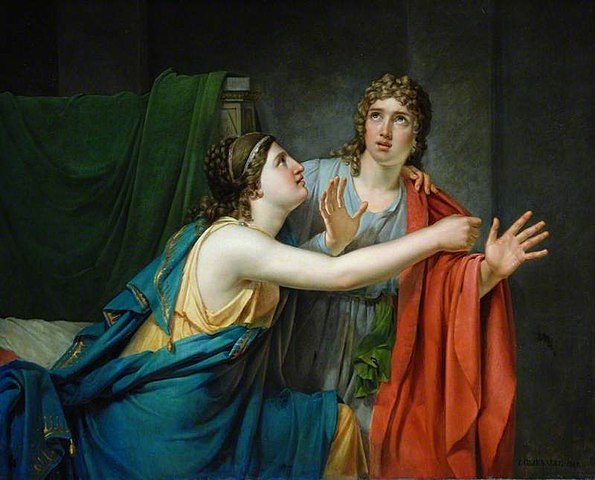 Consumed with anger, Theseus recognizes the sword and, jumping to the conclusion that Hippolytus has in fact ravished his wife, curses his undeserving son and wishes him dead. The Chorus laments that, while the course of the heavens and of almost everything else seems to be well regulated, human affairs are clearly not governed by justice, since the good are persecuted and the evil are rewarded.

A messenger relates to Theseus how a sea monster (sent by Theseus’ father Nepture in answer to his prayer) had emerged from the windswept sea and pursued Hippolytus’ horses, and how the young man had been caught up in the reins and torn limb from limb. The Chorus relates a narrative about the fickleness of fortune and deplores Hippolytus’ unnecessary death.

Phaedra declares Hippolytus’ innocence and retracts her confession of his crime, and then kills herself in her anguish. Theseus deeply regrets the death of his son and gives him the honour of a proper burial, although he deliberately refuses this same honour to Phaedra (a dire sentence in Roman culture).

The myth underlying the story of the play is very old, going back far beyond even the classical Greeks, and is found in various forms all over the Mediterranean area. The particular version involving Phaedra and her stepson Hippolytus was the subject of several classical Greek tragedies, including at least one by Sophocles (lost) and no fewer than two by Euripides. Only the second of Euripides’ plays, “Hippolytus”, has survived and it has become one of the most famous and enduring masterpieces of Western theatre. But it was actually a toned-down version of his first “Hippolytus”, now lost, which was apparently censured by classical Athenian audiences and critics alike for its raciness and explicitness, with Phaedra actually propositioning Hippolytus on stage.

Seneca, for whatever reasons, chose to revert more to the plot line of Euripides’ first “Hippolytus”, in which the lustful stepmother directly confronts Hippolytus before the viewers’ eyes. Seneca cuts the goddesses from the cast, and shifts both the title and the focus of the play from Hippolytus to Phaedra herself. His Phaedra is much more human and more shameless, and she declares herself directly to Hippolytus in the guise of an Amazon. 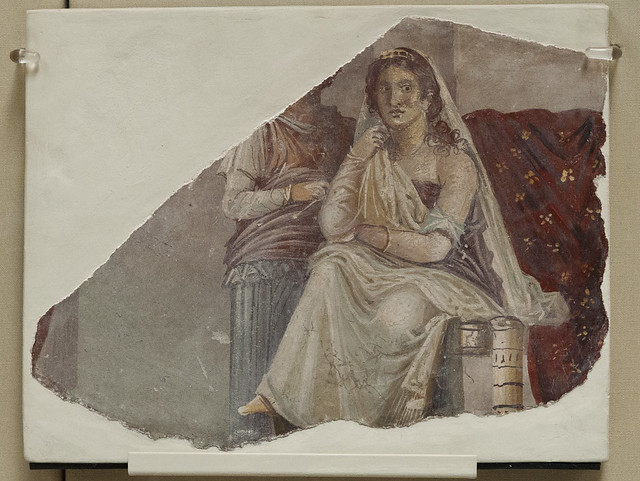 In addition to Euripides, though, Seneca alludes to and re-writes the Roman poets Vergil and Ovid, particularly the former’s “Georgics” and the latter’s “Heriodes”, and the whole is filtered through the lens of Seneca’s own Stoic philosophy.

Seneca’s reliance on description of melodramatic action is one of his most serious weaknesses as a playwright, and it lends considerable support to the idea that he intended his plays to be read rather than acted. In “Phaedra”, for example, the denouement near the end of the play where Phaedra, rejected by her stepson, accuses him of rape to his father, Theseus, is dramatically weak: Hippolytus is not present, and he and Theseus do not confront each other over it in any way; all we have instead is a messenger coming in to inform Theseus that his son has been killed in an accident, prompting Phaedra to confess the truth and Theseus to forgive him posthumously.

Despite this seemingly anti-dramatic quality of “Phaedra”, however, it (and Seneca’s other tragedies) exerted a great deal of influence on the European theatre that followed. In particular, Jean Racine’s well-regarded 17th Century “Phèdre” owes at least as much to Seneca’s play as to Euripides’ earlier version.

Much of the power of the play stems from the tension between the high emotionality, violence and passion of its storyline, and the eloquent discourse through which Seneca (a famed orator, rhetorician and Stoic philosopher) communicates the narrative. “Phaedra” is filled with stirring monologues, clever pieces of rhetoric and characters who wield language as a weapon.

Although a celebrated hero from Greek mythology, the character of Theseus is portrayed here as a rather battered old man whose best years lie behind him, rash, hot-headed and vengeful, with a terrible fury he does not know how to check. His wife, Phaedra, is not entirely sympathetically portrayed, but she does seem to be a victim of her own emotions, and Seneca even goes so far as to imply that her tormented feelings and confusion may stem in part from Theseus’ harshness as a husband. 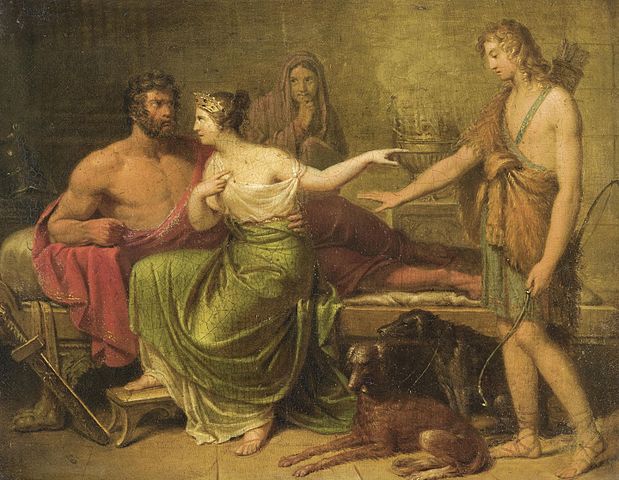 The major themes of the play include lust (Phaedra’s lust for Hippolytus is the engine that drives the tragedy, and the Chorus expounds on examples of lust throughout history); women (Phaedra may be considered an heir to the tradition of scheming, wicked women in Greek mythology, such as Medea, although she is undeniably presented as an empathetic character, more victim than victimizer, and if anything it is her nurse who receives the brunt of the play’s blame); nature versus civilization (Hippolytus argues that civilization corrupts, and he hankers for the “primal age” of peace, before the rise of the city, warfare and crime); hunting (although the play starts with Hippolytus setting out on a hunt, it soon becomes apparent that he is being hunted by Phaedra, and that Phaedra herself is a target of Cupid’s arrows); and beauty (Hippolytus’ beauty is the initial catalyst of the play, and the Chorus ominously alludes to beauty’s fragility and the caprice of time).

Today, “Phaedra” is one of Seneca’s most widely-read works. Tight and compact, following Aristotelian form but more elliptical in its design, it is a work of high passion reined in by carefully constructed language, one of the simplest and most brutal of ancient tragedies.