“Phoenissae” (“The Phoenician Women”) is a (possibly incomplete) tragedy by the Roman playwright Seneca the Younger, probably written between about 62 and 65 CE. Based on earlier plays by Euripides and Sophocles, it tells the story of the exile of the blind King Oedipus of Thebes, accompanied by his daughter Antigone, and of the conflict between his sons, Eteocles and Polynices, over the throne of Thebes.

The disgraced and blinded King Oedipus is wandering in exile after falling from power, accompanied by his faithful daughter, Antigone. Oedipus begs Antigone to allow him to end his miserable life, but Antigone dissuades him and says that she will never leave him. She reveals incidentally that Oedipus’ wife and mother Jocasta is still alive, and also that his son Polynices is in the process of leading an army to retake the city of Thebes from his own brother, Eteocles, who has usurped the throne.

In the second part of the play, the scene changes to the battleground outside Thebes. Jocasta tries to mediate between the two brothers and particularly appeals to Polynices to reconsider his attack, but her pleas fail and the play breaks off just as Polynices is about to attack the city.

“Phoenissae” is based in large part on Euripides’ “Phoenissae” (“The Phoenician Women”), but also in part on Sophocles’ “Oedipus at Colonus” and “Oedipus the King”, and Seneca was probably also familiar with a play, also called “Phoenissae”, by Lucius Accius. Some critics, however, have argued that the play was written without direct reference to any other older plays, purely from Seneca’s own personal knowledge of the myth and literary tradition (he would have grown up with knowledge of at last one version of the famous legend, quite possibly more). 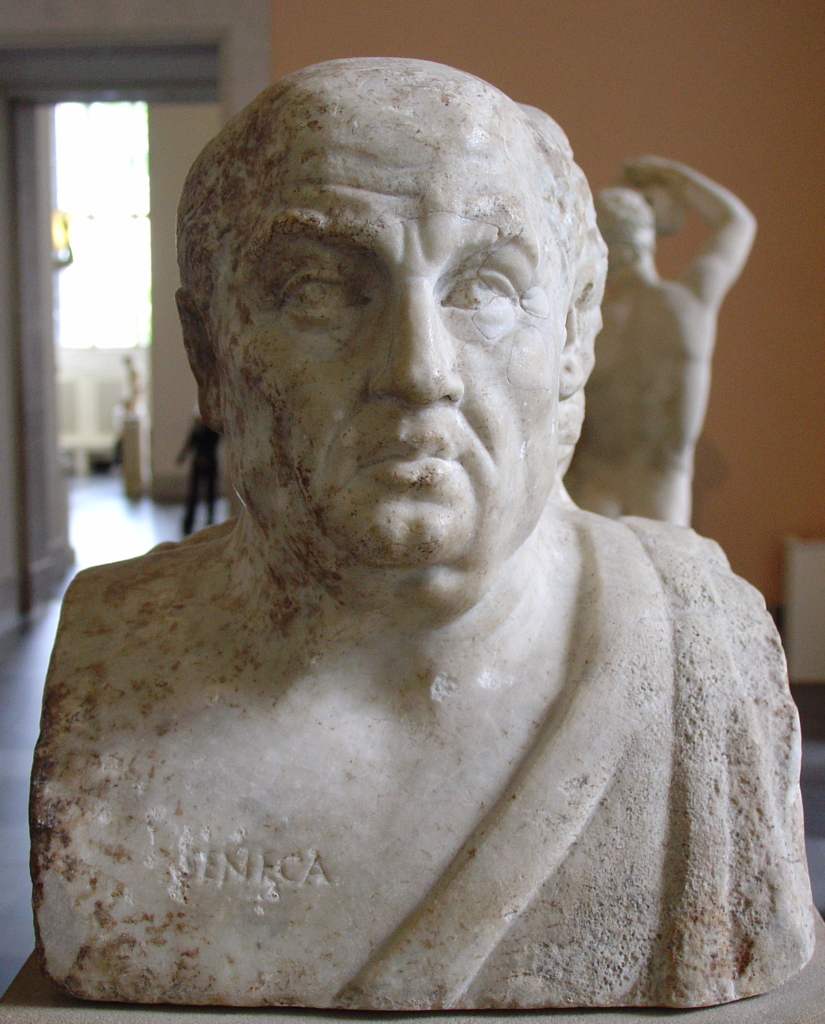 It is named after the Euripides play, even though the Chorus of Phoenician women (for which Euripides named his play) is essentially non-existent in Seneca’s version, and it is difficult to imagine what a group of Phoenician women might have been doing in Seneca’s setting of the wild area around Cithaeron. Indeed, there is some doubt as to how or why Seneca’s play received that title (another alternative title is “Thebais”, or “The Thebans”, although the historical provenance of that title is also suspect).

The play also appears to be slightly incomplete, given its lack of the usual choral lyrics between acts, the lack of a satisfactory or “true” prologue, the overall shortness of the play, and especially its rather abrupt and unresolved ending, with the main issue of who will rule Thebes left undecided. This, and other technical analysis of the text suggest that “Phoenissae” may well have been Seneca’s last play, and unfinished. It seems likely that he did intend there to be a final act dealing with the expected battle and the three deaths of Eteocles, Polynices and Jocasta, and any other ending would seem to represent an extraordinarily bold departure from the traditional form of the legend, a kind of departure not found elsewhere in Seneca’s works.

The other genuine Senecan dramas all consist of five more or less connected acts in iambic trimeter, divided up by four choral odes, whereas “Phoenissae” is basically divided into two long and largely unintegrated sections, the first (lines 1 – 362) based around the character of Oedipus, and the second (lines 363 – 664) around Jocasta. Some critics have even questioned whether the two sections might not in fact be fragments from (or sketches for) two completely separate plays, although there are links (principally the figure of Jocasta) between the sections, and at least some elements of overall design.

As with Seneca’s other plays, it is still not clear whether it was originally written for performace or just for reading, possibly as an educational tool, or possibly even as a kind of propoganda play for Seneca’s Stoic philosophy. The influence of Seneca’s Stoicism is apparent, for example, in the discussion about suicide, which is the main theme of the first part of the play, with Antigone taking the Stoic position of detachment with regard to death and courage in the face of misfortune. However, the Stoic ideas in general are subordinated to the dramatic concerns of the play. 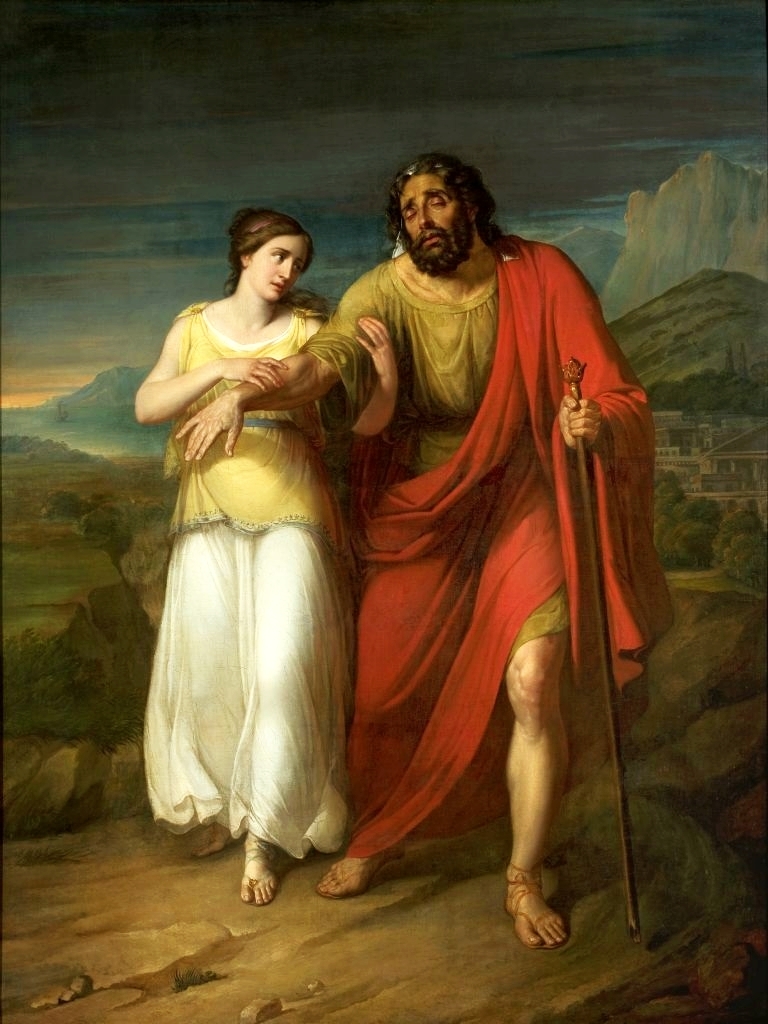 The play throws a distinctly Roman emphasis on fratricide and civil war, and seems to stress the ineffectuality of the ancient Greek and Roman virtue of “pietas” (roughly, duty or devotion) when faced with naked ambition and the drive to dominate, and the failure of Jocasta’s attempts at mediation between her warring sons also shows the failure of pietas. The fratricidal conflict between Eteocles and Polynices would also have taken on a conspicuously politicized aspect in the context of the fratricidal realities of the Roman world.

Seneca’s background as a rhetorician is also well to the fore in the play, at times perhaps too strongly for the good of the drama. Static monologues of great length abound, and the purple passages of description and pithy adages and sententiae can give the impression of artificiality at times, or of words for their own sake. Seneca demonstrates his fondness for apostrophe, rhetorical questions and many other rhetorical devices and verbal pyrotechnics throughout the play, although once again generally subordinated to his dramatic purpose.

Some critics have argued that Seneca’s constant striving for verbal effects comes at the expense of interesting and rounded characters, and that many of his characters appear merely as stock figures. Certainly it is true that any (and all) of Seneca’s characters tend to produce cleverly-worded, persuasive and well-reasoned responses in whatever situation they find themselves, and there is a certain sameness in the way all the characters express their emotions.