Vergil (or Virgil) was one of ancient Rome’s greatest poets. His influence on the world’s literature has been immeasurable, and his works (along with those of Seneca, Cicero, Ovid, Aristotle and Plato) have been continuously read throughout the Middle Age and up to the present day. His epic “The Aeneid” is considered his magnum opus, as well as Rome’s national epic, and has served as a model of literature ever since, but he also wrote much bucolic and didactic poetry. 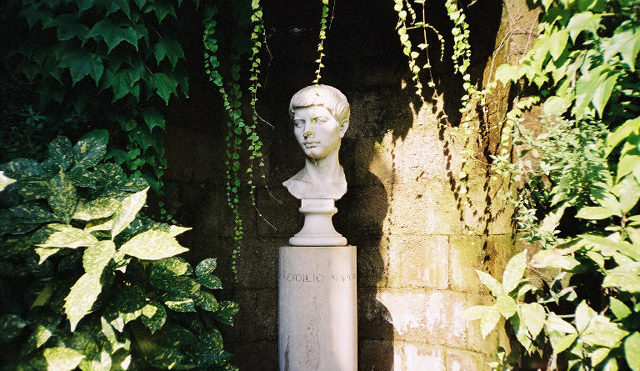 Publius Vergilius Maro (known in the English speaking world as Vergil or Virgil) was born in 70 BCE in the village of Andes, near Mantua, in what was then Cisalpine Gaul and is now northern Italy. From the sparse biographical details we have, it appears that his family was of modest means, but wealthy enough to send the young Vergil away for his education in Cremona and Mediolanum. He later moved to Rome to further his studies in rhetoric, medicine and astronomy, although he soon started to focus more on philosophy (particularly Epicureanism, which he studied under Siro the Epicurean) and to begin writing poetry.

After the assassination of Julius Caesar in 44 BCE and the defeat of Brutus and Cassius at the Battle of Philippi in 42 BCE by Mark Antony and Octavian, Vergil’s family’s estate near Mantua was expropriated (although he was later able to recover it, through the assistance of two influential friends, Asinius Pollio and Cornelius Gallus). Inspired by the promise of the youthful Octavian, he wrote his “The Bucolics” (also known as the “Eclogues”), published in 38 BCE and performed with great success on the Roman stage, and Vergil became an overnight celebrity, legendary in his own lifetime. 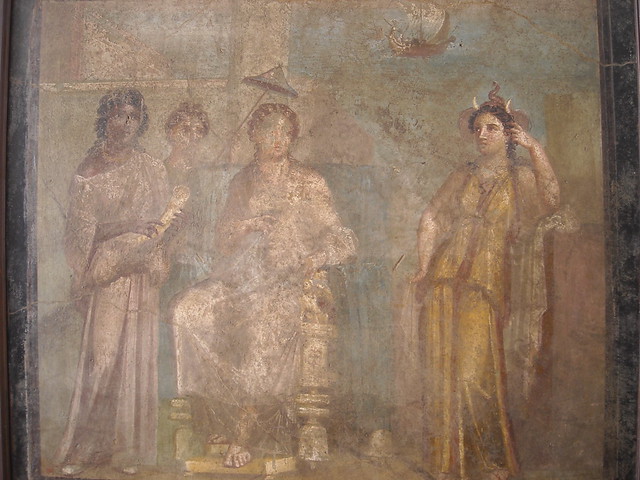 He soon became part of the circle of Gaius Maecenas, Octavian’s capable right hand man and an important patron of the arts, and through him gained many connections with other leading literary figures of the time, including Horace and Lucius Varius Rufus. He spent the ensuing years, from about 37 to 29 BCE, working on a longer didactic poem called “The Georgics”, which he dedicated to Maecenas in 29 BCE.

When Octavian assumed the honorific title Augustus and established the Roman Empire in 27 BCE, he commissioned Vergil to write an epic poem to glorify Rome and the Roman people, and he worked on the twelve books of “The Aeneid” throughout the last ten years of his life. In 19 BCE, Vergil travelled to Greece and Asia Minor in order to see at first hand some of the settings of his epic. But he caught a fever (or possibly sunstroke) while in the town of Megara, and died in Brundisium, near Naples, at the age of 51, leaving “The Aeneid” unfinished.

Vergil’s “Bucolics”, also known as the “Eclogues”, are a series of ten short pastoral poems on rural subjects, which he published in 38 BCE (bucolics as a genre had been pioneered by Theocritus in the 3rd Century BCE). The poems were supposedly inspired by the promise of the youthful Octavian, and they were performed with great success on the Roman stage. Their mix of visionary politics and eroticism made Vergil an overnight celebrity, legendary in his own lifetime.

“The Georgics”, a longer didactic poem which he dedicated to his patron Maecenas in 29 BCE, contains 2,188 hexametric verses divided into four books. It is strongly influenced by the didactic poetry of Hesiod, and extolls the wonders of agriculture, portraying an idyllic farmer’s life and the creation of a golden age through hard work and sweat. It is the original source of the popular expression “tempus fugit” (“time flies”). 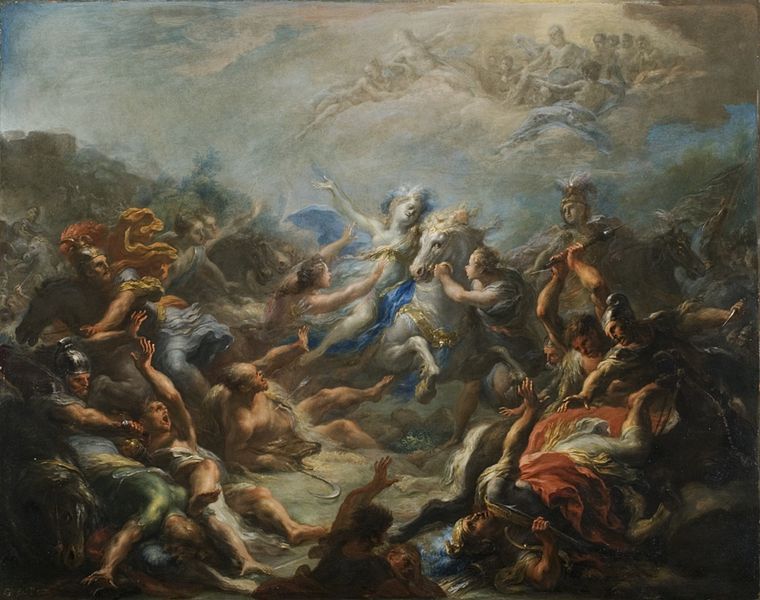 Vergil was commissioned by the Emperor Augustus to write an epic poem glorifying Rome and the Roman people. He saw the opportunity to fulfill his lifelong ambition to write a Roman epic to challenge Homer, and also to develop a Caesarist mythology, tracing the Julian line back to the Trojan hero Aeneas. He worked on the twelve books of “The Aeneid” during the last ten years of his life, modelling it on Homer‘s “Odyssey” and “Iliad”. Legend has it that Vergil wrote only three lines of the poem each day, so intent was he on achieving perfection. Written throughout in dactylic hexameter, Vergil fashioned the disconnected tales of Aeneas’ wanderings into a compelling founding myth or nationalist epic, which at once tied Rome to the legends and heroes of Troy, glorified traditional Roman virtues and legitimized the Julio-Claudian dynasty.

Despite, Vergil’s own wish that the poem be burned, on the grounds that it was still unfinished, Augustus ordered that Vergil’s literary executors, Lucius Varius Rufus and Plotius Tucca, publish it with as few editorial changes as possible. This leaves us with the tantalizing possibility that Vergil may well have wished to make radical changes and corrections to the version which has come down to us.

However, incomplete or not, “The Aeneid” was immediately recognized as a literary masterpiece and a testament to the grandeur of the Roman Empire. Already the object of great admiration and veneration before his death, in the following centuries Vergil’s name became associated with almost miraculous powers, and his tomb near Naples became the destination of pilgrimages and veneration. It was even suggested by some Medieval Christians that some of his works metaphorically foretold the coming of Christ, hence making him a prophet of sorts.