“The Eumenides“ (“The Kindly Ones“ or “The Gracious Ones“) is the third of the three linked tragedies which make up “The Oresteia” trilogy by the ancient Greek playwright Aeschylus, preceded by “Agamemnon” and “The Libation Bearers”. The trilogy as a whole, originally performed at the annual Dionysia festival in Athens in 458 BCE, where it won first prize, is considered to be Aeschylus‘ last authenticated, and also his greatest, work.

“The Eumenides” tells of how Orestes is pursued to Athens by the vengeful Erinyes for the murder of his mother, Clytemnestra, and how he is tried before Athena and a jury of Athenians to decide whether his crime justifies the torment of the Erinyes.

Still tormented by the Erinyes, after killing his mother, Orestes finds temporary refuge at the new temple of Apollo in Delphi. As the play begins, the Pythia, Apollo’s priestess, enters the temple and is shocked by a scene of horror and wonder when she finds the exhausted Orestes in the suppliant’s chair, surrounded by the sleeping Furies. Although Apollo cannot protect him from the Erinyes, he has managed to at least delay them with a sleeping spell, so that Orestes can continue on to Athens under the protection of Hermes.

However, Clytemnestra‘s ghost rouses the sleeping Erinyes, and urges them to continue hunting Orestes. In a haunting sequence, the Erinyes track down Orestes by following the scent of his slain mother’s blood through the forest and then through the streets of Athens. When they see him, they can even see rivulets of blood soaking the earth beneath his footsteps.

Finally surrounded again by the threatening Furies, Orestes begs Athena for help. The goddess of justice intervenes and brings in a jury of twelve Athenians to judge Orestes. Athena herself presides over the trial, instructing her citizens to watch and learn how a trial should be conducted. Apollo speaks on behalf of Orestes, while the Erinyes act as advocates for the dead Clytemnestra. When the trial votes are counted, the voting is equal, but Athena persuades the Erinyes to accept her own decision in favour of Orestes as the casting vote. 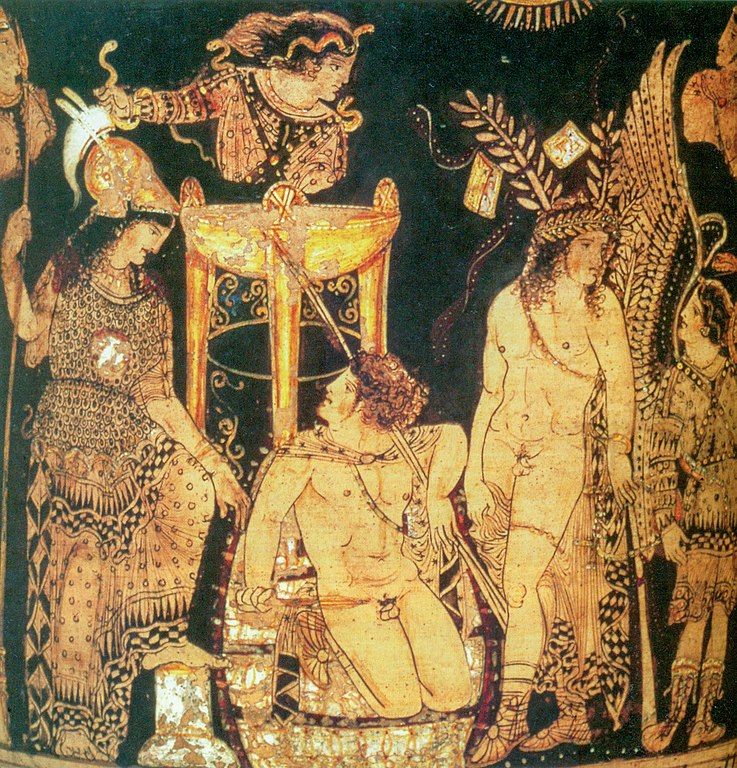 Vindicated, Orestes thanks Athena and the people of Athens, and leaves to go home to Argos, a free man and the rightful king. Athena then placates the furious Erinyes, renaming them “The Eumenides” (or “The Kindly Ones”), and ruling that they will now be honoured by the citizens of Athens. Athena also declares that, henceforth, hung juries should always result in the defendant being acquitted, as mercy should always take precedence over harshness.

As the play ends, the women attending Athena sing praises to Zeus and Destiny, who have brought this marvellous arrangement to pass.

Although technically a tragedy, “The Eumenides” (and therefore “The Oresteia” as a whole) actually ends on a relatively upbeat note, which may surprise modern readers, although in fact the term “tragedy” did not carry its modern meaning in ancient Athens, and many of the extant Greek tragedies do end happily.

In general, the Choruses of “The Oresteia” are more integral to the action than the Choruses in the works of the other two great Greek tragedians, Sophocles and Euripides (particularly as the elder Aeschylus was only one step removed from the ancient tradition in which the whole play was conducted by the Chorus). In “The Eumenides” in particular, the Chorus is even more essential because it consists of the Erinyes themselves and, after a certain point, their story (and their successful integration into the pantheon of Athens) becomes a major part of the play. 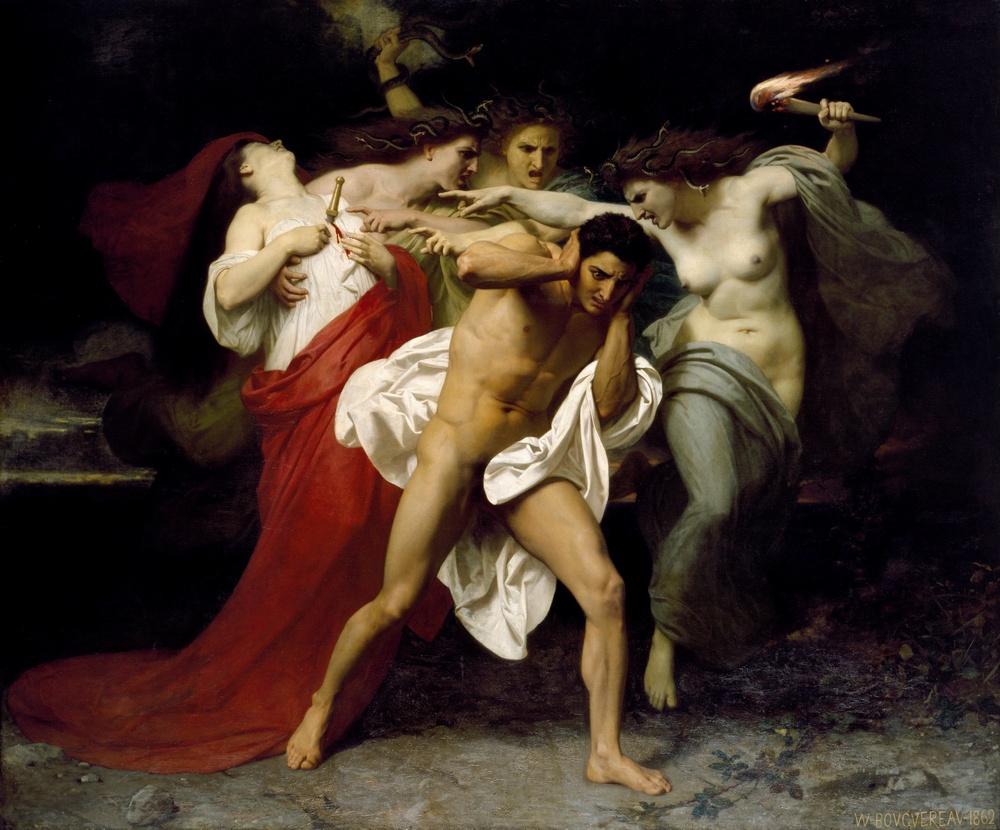 There is also an underlying metaphorical aspect to the entire drama: the change from archaic self-help justice by personal revenge or vendetta to the administration of justice by trial (sanctioned by the gods themselves) throughout the series of plays, symbolizes the passage from a primitive Greek society governed by instincts, to a modern democractic society governed by reason. The tension between tyranny and democracy, a common theme in Greek drama, is palpable throughout the three plays.

By the end of the trilogy, Orestes is seen to be the key, not only to ending the curse of the House of Atreus, but also in laying the foundation for a new step in the progress of humanity. Thus, although Aeschylus uses an ancient and well-known myth as the basis for his “The Oresteia”, he approaches it in a distinctly different way than other writers who came before him, with his own agenda to convey.