“Troades” (“The Trojan Women”) is one of the best-known tragedies of the Roman playwright Seneca the Younger, probably written around 54 CE. Largely based on “The Trojan Women” and “Hecuba” by Euripides, the play explores the folly of war, focussing on the trials of the royal family of the fallen city of Troy (Hecuba, Andromache and their children) as they mourn their past and current sufferings, and the continued assault of the Greeks on the survivors as they look to sacrifice two of the royal progeny, Polyxena and Astyanax.

The play opens with Queen Hecuba mourning the misfortunes that have fallen on her and on her city of Troy. She has lost her husband, many of her children, her royalty and her freedom, and it soon becomes apparent that she is about to lose another daughter and a grandson. The Chorus of Trojan women echo her words.

Pyrrhus, the son of Achilles, intends to sacrifice Hecuba’s daughter Polyxena, in order to assuage the spirit of his late father. Agamemnon, fully aware from his own experience of how the guilt of such actions can come back to haunt a man, argues against this murder. Pyrrhus says there is no law forbidding the killing of a prisoner, but Agamemnon says that shame may forbid it even if the law does not. The prophet Calchas, however, insists that Fate has decreed that the Trojan princess must die. 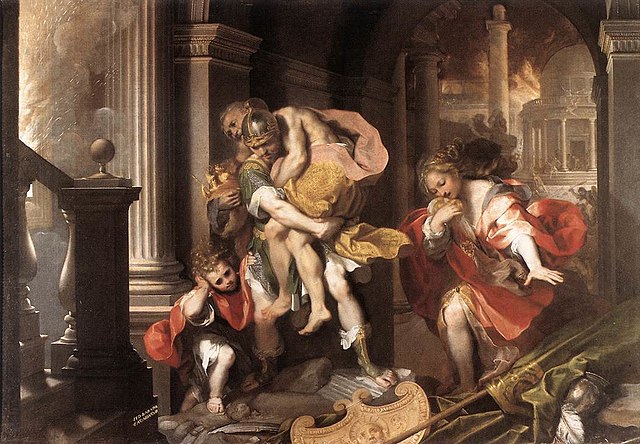 Meanwhile, in a parallel storyline, Hecuba’s daughter Andromache tries to hide her little son Astyanax from Ulysses (Odysseus), who has come to kill him too, worried that a royal heir of Troy may later seek revenge against the Greeks. The wily Ulysses eventually succeeds in getting the boy when he threatens to disturb the sacred grave of Andromache’s husband Hector, where she has hidden the child. She condemns Ulysses for blaming the prophet and the innocent gods for his own actions.

Helen then appears and propounds the lie that Polyxena is to be married to Achilles‘ son, Pyrrhus. Finally, a messenger describes how the boy Astyanax bravely leaped to his death from the high walls of Troy, and how the princess Polyxena was stabbed by Pyrrhus. Having lost everything, Hecuba declares that the war is now over, once and for all, and the play draws to a close.

“Troades” is one of Seneca’s best known and most highly regarded plays, and it was a strong influence on Elizabethan English playwrights like Jonson, Webster, Marlowe and Shakespeare, as well as French writers like Corneille and Racine. Whether or not Seneca‘s plays were originally designed for performance in the theatre or merely for recitation remains unknown, but what is certain is that they have been performed many times since the Renaissance and are still being performed today.

Although based in large part on Euripides’ much earlier play of the same name, Seneca’s version adds the story of the murder of both Polyxena and Astyanax from Euripides’ “Hecuba”, as well as a sinister, supernatural element which suffuses the whole work, making it most unlike Euripides‘ original, and calls for it to be examined on its own terms. 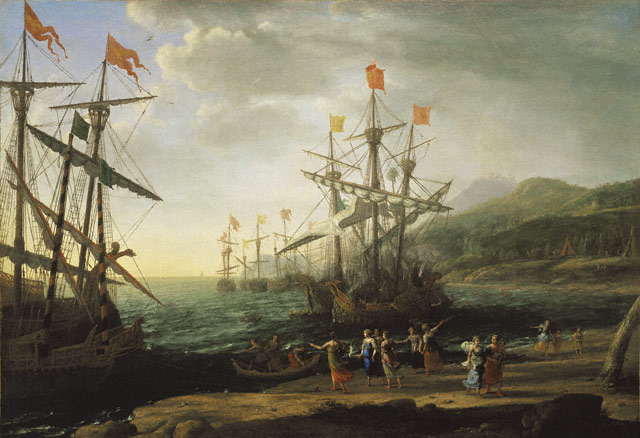 In addition to Euripides, Seneca also mobilizes elements of Catullus (especially “Catullus 64”), Vergil’s “Aeneid” (Books 2 and 3) and Ovid’s “Metamorphoses” (especially Books 12 and 13). To some extent, the Roman dramatist was using Greek material to comment obliquely on the specifically Roman outrages of Nero’s court and to describe a world that he saw as radically evil, and his plays therefore tend to be even more bleak and pessimistic than most Greek tragedies, and might almost be termed religious drama.

The play has a clear cyclic structure and symmetrical elements. The outermost ring or frame is that of Hecuba, who introduces the play in the prologue and provides a bitter summary of the events at the end; within that is Polyxena, who is included towards the beginning of the play as one of the Trojan women to be distributed among their Greek captors, and whose death occurs right before Hecuba’s final lament; the story of little Astyanax forms a third ring, as his death is foreseen by the seer Calchas early on and actually carried out just before Polyxena’s death.

There is no one dominant character in the play, rather a series of double or parallel characters: Hecuba – Andromache (the two lead female roles, mothers of the victims); Astyanax – Polyxena (the two young victims); Agamemnon – Andromache (who have parallel roles in their attempts to save the victims); Pyrrhus – Ulysses (their antagonists in their attempts to destroy the victims); Ulysses – Helen (both thwarted by Andromache); Hector – Achilles (warrior-heroes of their respective sides); Hector – Astyanax (past and potential defender of Troy); Achilles – Pyrrhus (past and present destroyers of Troy); etc.

Hecuba is perhaps the closest thing to a central figure in the play and, despite her long absences, she does contribute to the unity and atmosphere of the play. However, Andromache plays the primary role in Acts 3 and 4, and certainly has the longest stage presence and the most lines in the play overall. 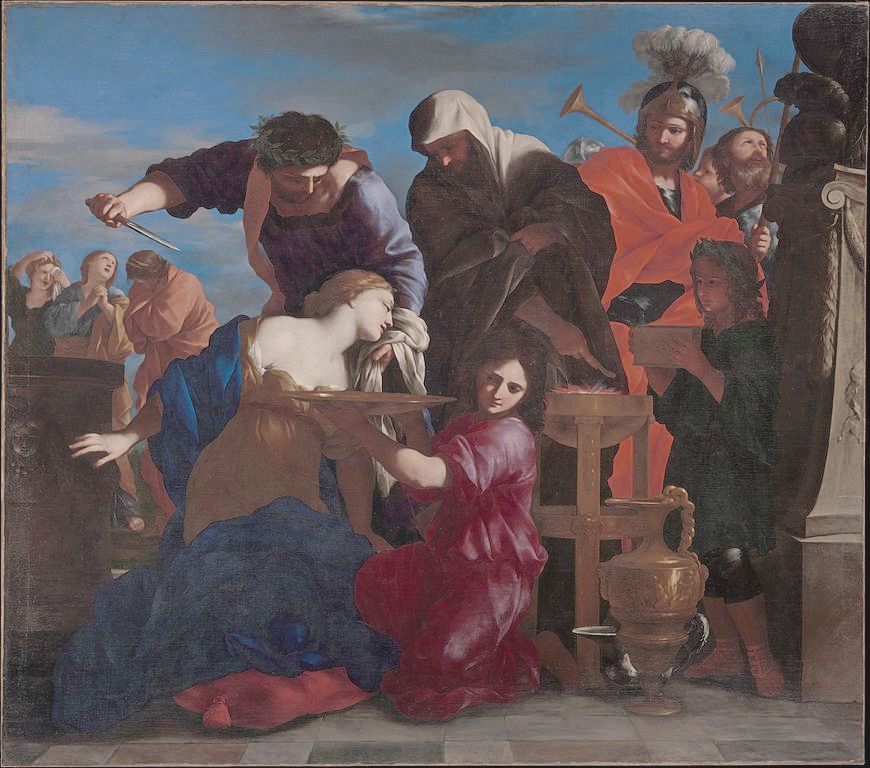 A major theme in “Troades” is the fickleness and arbitrariness of fortune and the gods, and the resulting unstable position and apparent callousness of those in power, a theme mentioned by several of the characters, including Hecuba, Agamemnon and the messenger. Another theme is the cyclical nature of history, the many associations of the present with the past, and the many parallels of events and personalities.

The single main theme of the play, though, is death and dissolution, especially exemplified by the many losses suffered by Hecuba. Special attention is given by the Stoic Seneca to the brave attitudes of the characters in the face of their deaths, and death is presented more than once as a kind of liberation or moral transcendence.

The link between marriage and death is also explored: marriage, a ceremony that is supposed to promote life, is also shown to cause destruction and death, from the initial “marriage” of Helen and Paris which sparked the Trojan War, to Polyxena’s ill-fated proposed union with Pyrrhus and her subsequent “marriage to death”.