“Cyclops” (Gr: “Kyklops”) is a satyr play by the ancient Greek playwright Euripides, the only complete satyr play that has survived from ancient Greece. It is a comical burlesque-like play on the story of Odysseus‘ capture by and escape from the one-eyed giant Cyclops, Polyphemus, as described in Homer‘s “Odyssey”. The date of its presentation is uncertain but may have been around 408 BCE (or possibly much earlier). 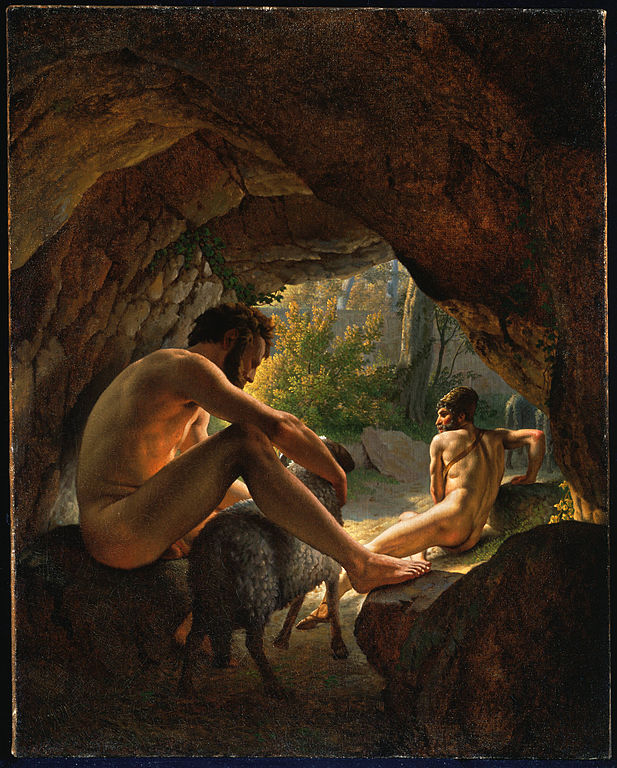 On the voyage home from the Trojan War, Odysseus and his crew have lost their way and make a stop at Mount Aetna in Sicily, which is inhabited by the race of primitive one-eyed giants known as the Cyclops. They encounter the satyrs (who make up the Chorus of the play) and their drunken father Silenus, who have been enslaved by one particular Cyclops (Polyphemus from “The Odyssey”, although he is referred to merely as “The Cyclops” throughout).

Odysseus offers to trade wine to Silenus in return for food for his hungry crew and, despite the fact that the food is not his to trade, the servant of Dionysus cannot resist the promise of more wine. When the Cyclops arrives, Silenus is quick to accuse Odysseus of stealing the food, swearing on all the gods and the satyrs’ lives that he is telling the truth.

Despite the efforts of a younger and more modern satyr to make the truth known, the angry Cyclops herds Odysseus and his crew into his cave and begins to devour them. Appalled by what he has witnessed, Odysseus manages to escape and hatches a scheme to get the Cyclops drunk and then burn out his single eye with a giant poker. 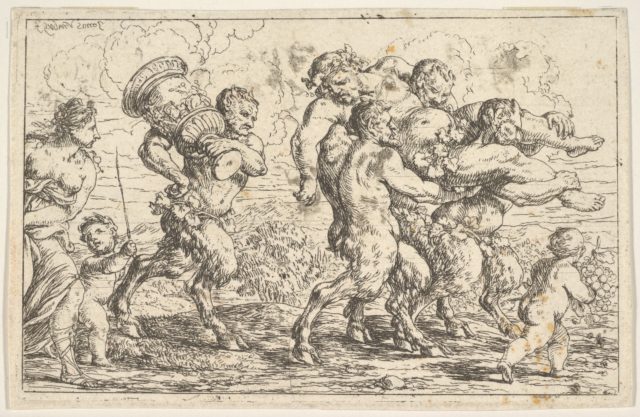 The Cyclops and Silenus drink together, trying to outdo each other in their efforts. When the Cyclops is well and truly drunk, he steals Silenus away to his cave (presumably for sexual gratification), and Odysseus sees the opportunity to execute the next phase of his plan. The satyrs offer to help, but then chicken out with a variety of absurd excuses when the time actually comes, and the annoyed Odysseus gets his crew to help instead. Between them, they succeed in burning out the Cyclops’ eye.

The blinded Cyclops screams that he has been blinded by “No-one” (the name Odysseus gave on their first meeting) and the satyrs make fun of him. However, the egotistical Odysseus blurts out his real name by mistake and, although he and his crew manage to make their escape, the rest of the troubles Odysseus faces on his voyage home are due to this act, since the Cyclops was a child of Poseidon.

Although the play has some intrinsic merits, its main interest for modern readers is as the sole remaining complete specimen of the tradition of satyric drama. Satyr plays (not to be confused with “satires”) were an ancient Greek form of irreverent tragicomedy, similar to the modern-day burlesque style, featuring a Chorus of satyrs (the half-man half-goat followers of Pan and Dionysus, who roamed the woods and mountains) and based on themes of Greek mythology, but containing themes of drinking, overt sexuality, pranks and general merriment.

Satyr plays were presented as a lighthearted follow-up after each trilogy of tragedies at the Athenian Dionysia drama festivals to release the tragic tension of the preceding plays. The heroes would speak in tragic iambic verse, apparently taking their own situation very seriously, as contrasted with the flippant, irreverent and obscene remarks and antics of the satyrs. The dances used were usually characterized by violent and rapid movements, parodying and caricaturing the noble and graceful dances of the tragedies.

The story is taken directly from Book IX of Homer‘s “Odyssey”, the only innovation being the presence of Silenus and the satyrs. The discordant elements of the brave, adventurous and resourceful warrior Odysseus, the gross and brutal Cyclops, the drunken Silenus and the cowardly and licentious satyrs are combined by Euripides with rare skill into a work of harmonious beauty.