“Plutus” (Gr: “Ploutis”) or “Wealth” is a late comedy by the ancient Greek playwright Aristophanes, first produced around 388 BCE or later. It is a kind of allegory about a poor man, Chremylos, who befriends the blinded Plutus, god of wealth, and encourages him to distribute riches to the deserving and the virtuous. 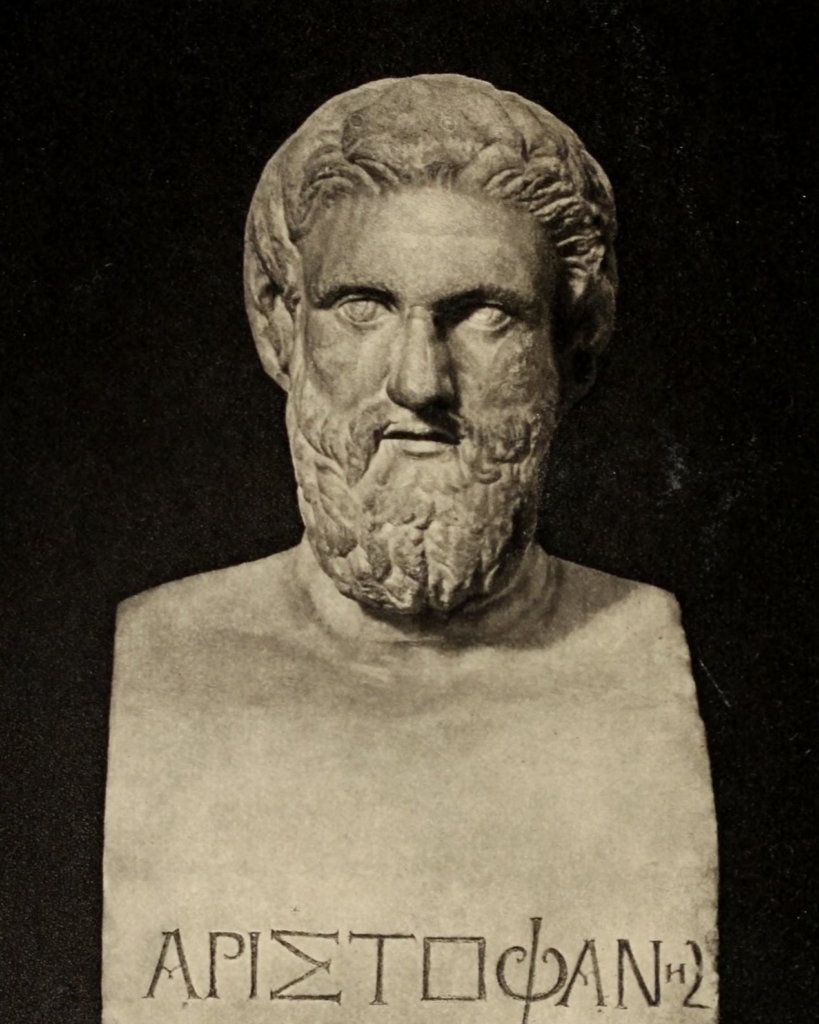 Chremylos, an elderly and poor Athenian citizen, and his slave Cario, return to Athens from Delphi, where Chremylos had gone to seek advice from the oracle concerning his son, and whether he should be instructed in injustice and knavery and the other arts whereby worldly men acquire their riches.

Apollo instructs him to follow the first man he meets on leaving the temple and to persuade him to come home with him. The first man he meets happens to be a blind beggar but, when Chremylos persists in following him anyway, he discovers that he is in reality Plutus, the god of wealth, whom Zeus has robbed of his eyesight so that he would be unable to distinguish between the just and the unjust.

After much argument, Plutus is persuaded to enter Chremylus’ house. Chremylus is convinced that, if Plutus’ eyesight can be restored, then there is hope that wealth will be distributed to the virtuous, rather than randomly, thus making the world a better place. On arriving at the house, they encounter the ragged goddess Poverty, who has been Chremylus’ guest for many years. She argues that without poverty there would be no slaves (as every slave would buy his freedom) and no fine goods or luxury foods (as nobody would work if everyone were rich), but Chremylus is unimpressed by her arguments.

Plutus’ eyesight is restored at the temple of Asclepius, famous for cures and miracles of this nature, and he formally becomes a member of Chremylus’ household. He begins to hand out riches to the more deserving people (including his benefactor, Chremylus) and to removes riches from the unvirtuous, effectively turning the world upside-down economically and socially. Predictably, this gives rise to rancorous comments and claims of unfairness from those who have been deprived of their riches.

In the end, the messenger god Hermes arrives to inform Chremylus that the gods are angry because they have been starved of the sacrifices and homage due to the traditional Olympian gods, since all good men have been directing all their attention to Plutus. Hermes, worried about his own predicament, actually offers to work for the mortals, and enters Chremylus’ house as a servant on those conditions.

The play concludes with Chremylus’ proposal that Plutus should replace Zeus as king of the gods, and they carry him in a solemn procession to the temple and install him in the place of Zeus. 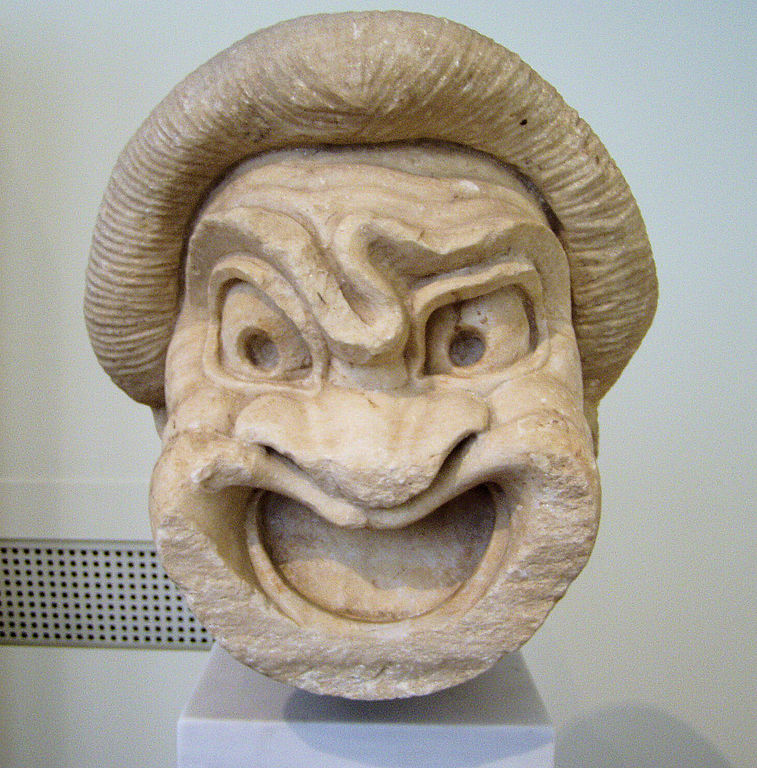 “Plutus” is the last, and least humorous, of Aristophanes‘ extant plays, written shortly before his death, around 388 BCE (or possibly as late as 380 BCE). Indeed, it may have been first staged by Aristophanes‘ son after his death. It was probably a significant revision of a much earlier play dating from around 408 BCE, and so is often referred to as “Plutus II” or “Wealth II”.

Like many of his plays, it is a political satire on contemporary Athens featuring the stupid master, the insubordinate slave and many attacks on the morals of the time. Like “Ecclesiazusae“, it also involves the establishment of a kind of utopian community, this time as a solution to the eternal attraction of wealth and prosperity and the problem of the unequal distribution of goods.

The gods are rather severely handled in the play, as are the tricks of the priestcraft and superstition, so that we can perceive that the old reverence for them had passed away, even among men with pretensions to goodness. Although Plutus is recommended to replace Zeus at the end of the play, the priest of Zeus has already lowered his deity by representing him as only anxious for his perquisites and libations.

However, the play is often regarded, even by specialists, as something of an afterthought in the poet’s career. In its absence of personal interests and personal satire, and its lack of strong comic incidents, it comes over more as a whimsical allegory than as a comedy proper. Much of Aristophanes‘ old bitterness is gone, but so is much of the old vigour.

Along with “Ecclesiazusae“, it is sometimes considered a product of the “third age” of Aristophanic drama. In an Athens conquered and humbled after the Peloponnesian War, the role of the the comic poet had changed significantly and he was no longer expected to be the frank and fearless adviser of the state, reprover of mistaken policy, exposer of trickery and vice in high places and round abuser of his countrymen for their own good. “Plutus” deals, not with political, but with private life, and is usually ranked as belonging to the tradition of Middle Comedy, or at least to the time of transition from Old to New Comedy.