Menander (Menandros) was a Hellenistic Greek dramatist. He was the best-known representative of Athenian New Comedy, and one of the favourite writers of antiquity, immensely popular in his own time and for many centuries afterwards. Unfortunately, very little of his work has survived the ravages of time. 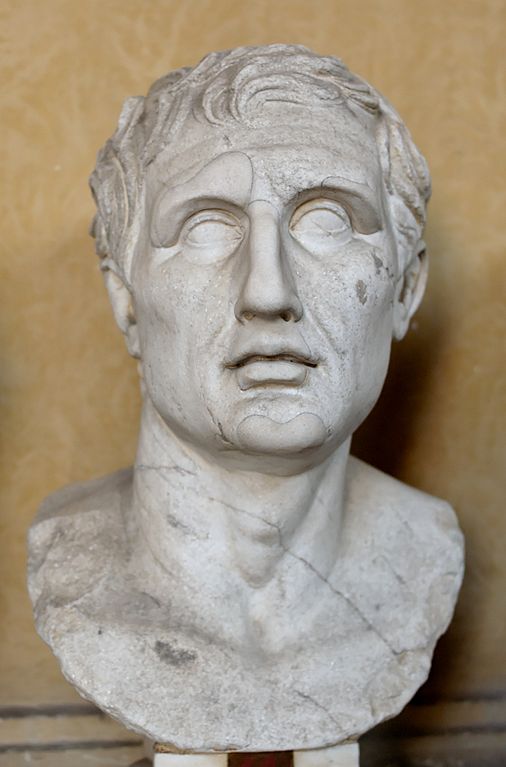 To the best of our knowledge, Menander was born around 342 BCE, the son of well-to-do parents. His father, Diopeithes, may have been an Athenian general and governor of the Thracian Chersonese (the Gallipoli peninsula of modern-day Turkey).

Menander was the friend, associate and perhaps pupil of Theophrastus (Aristotle’s successor in the Peripatetic school of philosophy), and he was on intimate terms with the Athenian dictator Demetrius of Phalerum. He enjoyed the patronage of Ptolemy I Soter I (the Macedonian general under Alexander the Great who became ruler of Egypt and founder of the Ptolemaic dynasty), although he preferred the independence of his villa in Piraeus, near Athens, and the company of his mistress, the courtesan Glycera.

According to some reports Menander drowned while bathing in the harbour of the Piraeus, around 291 BCE. He was honoured with a tomb on the road leading to Athens, and numerous supposed busts of him survive.

Menander was the author of more than a hundred comedies during a career spanning around 30 years, producing the first, “The Self Tormentor” (now lost), at the age of about 20. He took the prize at the Lenaia dramatic festival eight times, rivalled only by his contemporary Philemon. His record at the more prestigious City Dionysia competition is unknown but may well have been similarly spectacular (we known that “Dyskolos” won a prize in the Dionysia in 315 BCE).

His plays held a place in the standard literature of western Europe for over 800 years after his death, but at some point his manuscripts were lost or destroyed, and until the end of the 19th Century, all that was known of Menander were fragments quoted by other authors. However, a series of discoveries in Egypt in the 20th Century have substantially increased the number of extant manuscripts, and we now have one complete play, “Dyskolos” (“The Grouch”), and some long fragments from such plays as “The Arbitration”, “The Girl from Samos”, “The Shorn Girl” and “The Hero”. 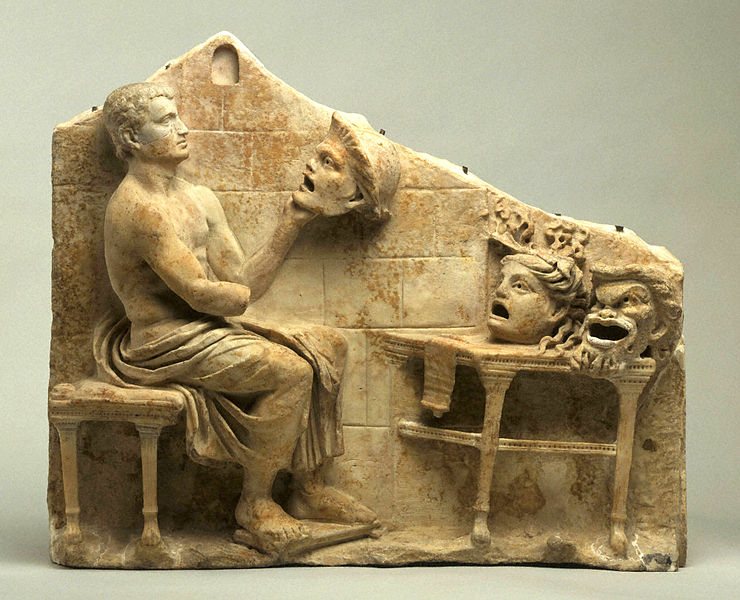 He was an admirer and imitator of Euripides, whom he resembles in his analysis of the emotions and his keen observation of practical life. In the tense political climate after the Macedonian conquest, Greek comedy had moved away from the daring personal and political satire of Aristophanes towards the safer, more mundane subject matter of so-called New Comedy. Rather than mythical plots or political commentary, Menander used aspects of daily life as topics for his plays (usually with happy endings), and his characters were stern fathers, young lovers, crafty slaves, cooks, farmers, etc, speaking in the contemporary dialect. He dispensed completely with the traditional Greek Chorus.

He also resembled Euripides in his fondness for moral maxims, and many of his maxims (such as “the property of friends is common”, “those whom the gods love die young” and “evil communications corrupt good manners”) became proverbial and were later collected and published separately. Unlike Euripides , however, Menander was unwilling to resort to artificial plot devices like the “deus ex machina” to settle his plots.

He was known for the delicacy and incisiveness of his characterizations, and he did much to move comedy towards a more realistic representation of human life. However, he was not above adopting the bawdy style of Aristophanes in many of his plays, and some of his subject matter involved young love, unwanted pregnancies, long-lost relatives, and all sorts of sexual misadventures. He has been accused by some commentators of plagiarism, although reworkings and variations on earlier themes were commonplace at the time, and were considered a generally accepted technique of playwriting. Many later Roman dramatists, such as Terence and Plautus, imitated Menander’s style.