“Orestes” is a late tragedy by the ancient Greek playwright Euripides, first presented in 408 BCE. It continues the story of Orestes after the events of Euripides’ play “Electra”, as he seeks to free himself from the torment of the Furies after the murder of his mother, and to obtain acquittal from the earthly courts for his deeds. 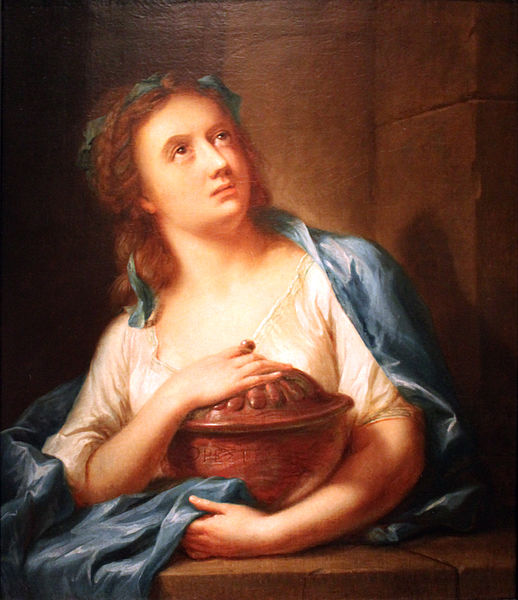 The play begins with a soliloquy by Electra, before the palace of Argos, outlining the events that have led up to this point, as her tormented brother Orestes lies sleeping. She explains how Orestes killed his mother Clytemnestra in order to avenge the death of his father Agamemnon at her hands (as advised by the god Apollo), and how, despite Apollo’s earlier prophecy, Orestes now finds himself tormented by the Erinyes (or Furies) for his matricide, the only person capable of calming him down in his madness being Electra herself.

To further complicate matters, a leading political faction of Argos wants to put Orestes to death for the murder, and now Orestes’ only hope lies with his uncle, Menelaus, who has just returned with his wife Helen (Clytemnestra’s sister) after spending ten years in Troy, and then several more years amassing wealth in Egypt.

Orestes awakes, still maddened by the Furies, just as Menelaus arrives at the palace. The two men and Tyndareus (Orestes’ grandfather and Menelaus’ father-in-law) discuss Orestes’ murder and the resulting madness. The unsympathetic Tyndareus roundly chastises Orestes, who then begs Menelaus to speak before the Argive assembly on his behalf. However, Menelaus too ultimately shuns his nephew, unwilling to compromise his tenuous power among the Greeks, who still blame him and his wife for the Trojan War.

Pylades, Orestes’ best friend and his accomplice in Clytemnestra’s murder, arrives after Menelaus has exited, and he and Orestes discuss their options. They go to plead their case before the town assembly in an effort to avoid execution, but they are unsuccessful. 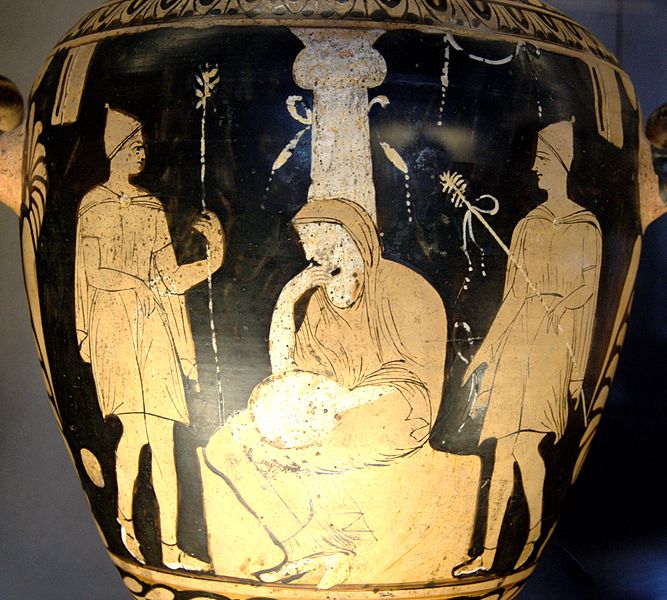 Their execution now seemingly certain, Orestes, Electra and Pylades formulate a desperate plan of revenge against Menelaus for turning his back on them. To inflict the greatest suffering, they plan to kill Helen and Hermione (Helen and Menelaus’ young daughter). However, when they go to kill Helen, she miraculously vanishes. A Phrygian slave of Helen’s is caught escaping the palace and, when Orestes asks the slave why he should spare his life, he is won over by the Phrygian’s argument that slaves, like free men, prefer the light of day to death, and he is allowed to escape. They do successfully capture Hermione, though, and when Menelaus re-enters there is a standoff between him and Orestes, Electra and Pylades.

Just as more bloodshed is about to occur, Apollo arrives on stage to set everything back in order (in the role of the “deus ex machina”). He explains that the disappeared Helen has been placed among the stars, that Menelaus must go back to his home in Sparta and that Orestes must go on to Athens to stand judgment at the Areopagus court there, where he will be acquitted. Also, Orestes is to marry Hermione, while Pylades will marry Electra. 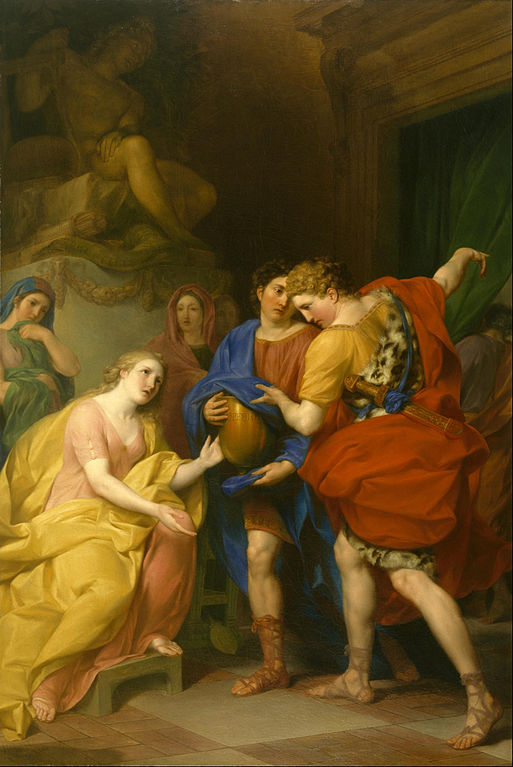 In the chronology of the life of Orestes, this play takes place after the events contained in plays such as Euripides’ own “Electra” and “Helen” as well as “The Libation Bearers” of Aeschylus, but before the events in Euripides‘ “Andromache” and Aeschylus’ “The Eumenides”. It can be seen as part of a rough trilogy between his “Electra” and “Andromache”, although it was not planned as such.

Some have argued that Euripides’ innovative tendencies reach their zenith in “Orestes” and there are certainly many innovative dramatic surprises in the play, such as the way in which he not only freely chooses mythical variants to serve his purpose, but also brings myths together in entirely new ways and freely adds to the mythic material. For example, he brings the mythic cycle of Agamemnon–Clytemnestra–Orestes into contact with the episodes of the Trojan War and its aftermath, and even has Orestes attempt murder on Menelaus’ wife, Helen. Indeed, Nietzsche is quoted as saying that myth died in Euripides’ violent hands.

As in many of his plays, Euripides uses the mythology of the Bronze Age to make political points about the politics of contemporary Athens during the waning years of the Peloponnesian War, by which time both Athens and Sparta and all their allies had suffered tremendous losses. When Pylades and Orestes are formulating a plan towards the beginning of the play, they openly criticize partisan politics and leaders who manipulate the masses for results contrary to the best interest of the state, perhaps a veiled criticism of the Athenian factions of Euripides’ time.

Given the situation in the Peloponnesian War, the play has been seen as subversive and strongly anti-war in its outlook. At the close of the play, Apollo states that peace is to be revered more than all other values, a value also embodied in Orestes’ sparing of the life of the Phrygian slave (the only successful supplication in the whole play), driving home the point that the beauty of life transcends all cultural boundaries whether one be a slave or free man.

It is, however, also a very dark play. Orestes himself is presented as rather psychologically unstable, with the Furies which pursue him reduced to phantoms of his half-repentant, delirious imagination. The political assembly at Argos is portrayed as a violent mob, which Menelaus likens to an unquenchable fire. Family ties are seen as of little value, as Menelaus fails to help his nephew, and Orestes in return plans drastic revenge, even to the extent of the murder of his young cousin, Hermione. 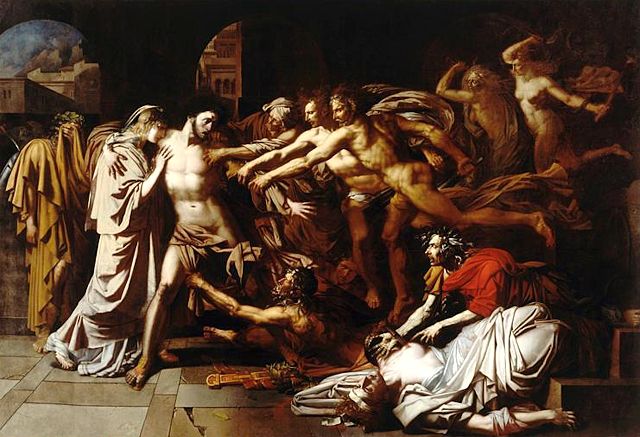 Also, as in some of his other plays, Euripides challenges the role of the gods and, perhaps more appropriately, man’s interpretation of divine will, noting that the superiority of the gods does not seem to make them particularly fair or rational. At one point, for example, Apollo claims that the Trojan War was used by the gods as method of cleansing the earth of an arrogant surplus population, a dubious rationale at best. The role of so-called natural law is also questioned: when Tyndareus argues that the law is fundamental to man’s lives, Menelaus counters that blind obedience to anything, even the law, is the response of a slave.