“The Trachiniae” (Gr: “Trachiniai”, also known as “The Trachinian Women”, “The Women of Trachis” or “The Maidens of Trachis”) is a tragedy by the ancient Greek playwright Sophocles. It was probably written and performed during Sophocles‘ early period, between about 440 and 430 BCE. Unusually, the title refers to the Chorus (onlookers and commentators on the action) rather than to the chief protagonists, the Greek hero Heracles and his jealous wife, Deianeira, who accidentally brings about Heracles’ death with a poisoned robe. 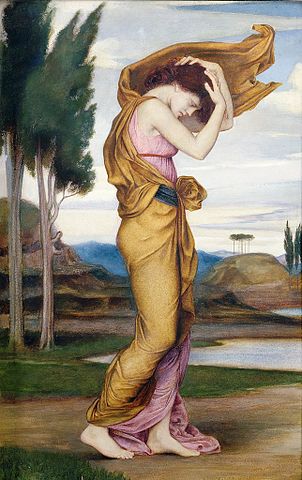 The play begins with Deianeira, the wife of the Heracles, relating the story of her early life to her nurse, and describing the difficulty she is having in adjusting to married life. She complains that the hero Heracles is always off on some adventure, and shamefully neglects his family, rarely visiting them.

The play’s Chorus, consisting of a group of young women from the town of Trachis (the “Trachinian Women” of the title), speak directly to the audience and help to explain the context of the plot (according to the conventions of ancient Greek tragedy), but they also become emotionally involved in the action and often attempt to advise Deianeira.

On the advice of her nurse and the Chorus, Deianeira sends their son Hyllus off to find Heracles, particularly as she is concerned over over a prophecy she has heard about Heracles and the island of Euboea where he is reported to be. However, soon after Hyllus leaves, a messenger arrives with word that the victorious Heracles is already headed home.

A herald arrives, bringing in slave girls captured at Heracles’ recent siege of Oechalia, among them Iole, the beautiful daughter of King Eurytus. The herald gives Deianeira a false story of why Heracles had laid siege to the city, claiming that Heracles had vowed revenge against Eurytus and his people after having been enslaved by him. However, Deianeira soon learns that in truth Heracles laid siege to the city expressly to obtain the girl Iole as his concubine. 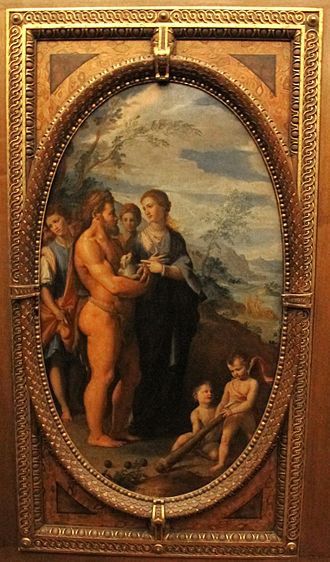 Distressed by the thought of her husband falling for this younger woman, she decides to use a love charm on him and creates a robe suffused with the blood of the centaur Nessus, who had once told her as he was dying that his blood would keep Heracles from loving any other woman more than her. She dispatches the herald Lichas to Heracles with the robe, with strict instructions that no-one else is to wear it, and that it is to be kept in the dark until he puts it on, as Nessus had explained.

However, she begins to have bad feelings about the charm and then notices that, when some of the left-over material from the robe is exposed to sunlight, it reacts like boiling acid, revealing that Nessus had in fact tricked her about his blood being a love charm, intending only to extract his revenge on Heracles.

Hyllus arrives soon after to inform her that his father Heracles lies dying in agony due to her gift, having killed Lichas, the deliverer of the gift, in his pain and fury. Shamed by her son’s harsh words, Deianeira kills herself. It is only then that Hyllus discovers that it was not actually her intention to kill Heracles, and learns the full pathetic story.

The dying Heracles is carried into his home in horrible pain, furious over what he believes was a murder attempt by his wife. But when Hyllus explains the truth, Heracles realizes that the prophesies about his death have come to pass: he was to be killed by someone who was already dead (namely, Nessus the centaur).

As the play draws to a close, a somewhat chastened Heracles begs to be put out of his misery, bidding his soul meet his fate joyfully. He expresses a final wish that Hyllus should marry Iole, which Hyllus (under protest) promises to obey. At the end of the play, Heracles is carried out to be burned alive in order to end his suffering.

To a greater extent than most of his contemporaries, Sophocles was able to probe sensitively and thoughtfully into the world of women, and they way in which their fates are closely and complexly bound together with a hero’s fate. The first two-thirds of the play focuses on the suffering of Heracles’ wife, Deianeira, and not on the epic hero and mighty son of Zeus himself, who is portrayed here in a startlingly unsympathetic manner (in the same way as Sophocles had previously portrayed the well-known hero Ajax in a negative light). 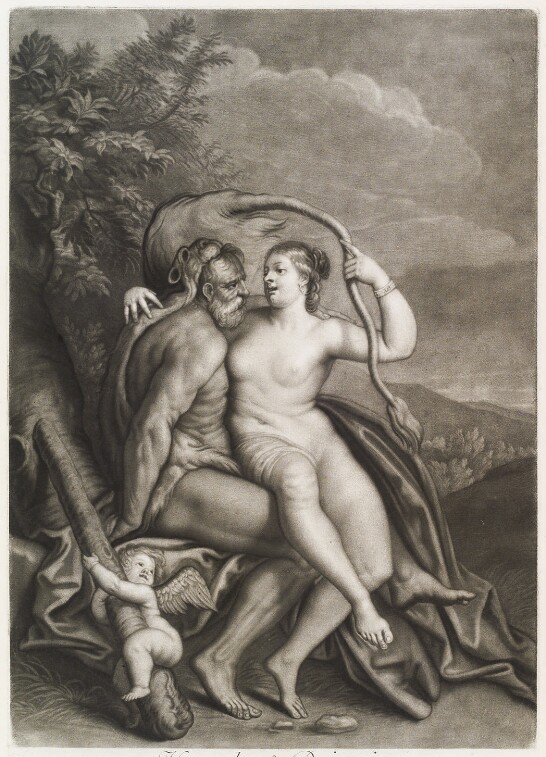 The play may well have puzzled contemporary critics (who would have expected a Greek tragedy to have a single tragic hero) by placing Deianeira in the role of main protagonist, only to kill her off with much of the play left to run, although we have little or no contemporary critical commentary on the play on which to judge its early reception. The transition from the focus on the quiet stoicism of Deianeira to the ravings of Heracles is certainly awkward, and it can be argued that Deianeira’s tragedy detracts somewhat from Heracles’ (and vice versa).

The play has been censured by some critics as feeble and deficient in passion, and certainly Sophocles’ Deianeira is very different from the raving, blood-thirsty Deianeira of Ovid and Seneca, although others have found its tenderness and gentle pathos to make it the most delightful of all of Sophocles’ plays. There are certain coincidences of expression with his near-contemporary Euripides‘ “Heracles” and “The Suppliants”, and it is not quite clear whether Sophocleswas borrowing from Euripides (the general assumption) or vice versa.

A major theme of the play is that of loyalty and responsibility to one’s family. Each of the main characters grapples with issues of duty and obedience, although none of them performs perfectly, and Heracles‘ lack of respect for his wife is a prominent point of stress in the play. The plight of women is described with some sensitivity (at least for its time) and the destructive power of love is another theme with which Greek audiences would have been quite familiar.

Like all tragedies of the Golden Age of Greek drama, Sophocles​ uses poetic verse with strictly metered syllables, and he achieves a sense of musical and rhythmical beauty with his poetry in “The Trachiniae”.